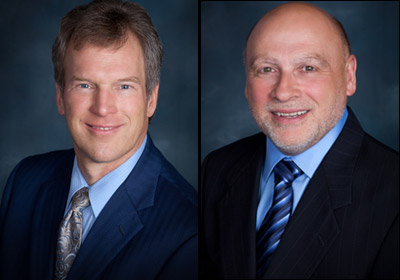 Michael Helgeson—who has spent more than four decades at the business his grandfather founded, and who recently guided GNP through a sale to an Illinois company—will retire, and Steve Jurek will be promoted to president.
August 22, 2014

The third-generation leader of GNP Company is retiring, and for the first time in the company's 90-year history, a non-family member will take the helm, albeit with a different title.

Helgeson has been CEO of GNP (formerly Gold’n Plump Chicken) for about two decades. His grandfather started the business roughly 90 years ago, and Helgeson began working at the company at just 12 years old. He later took over as CEO, replacing his father, Don, who is a member of TCB’s Minnesota Business Hall of Fame.

During his 21 years at the helm, Michael Helgeson helped GNP triple its sales to become a $400 million company. Among his other accomplishments, Helgeson also helped introduce new products, including the Just BARE chicken brand, which does not use antibiotics. Most recently, he helped guide GNP through an acquisition: The company was sold about nine months ago to Illinois-based Maschhoff Family Foods, a large, family-owned hog producer.

GNP is promoting its next leader from within, and it has picked a company veteran. Steve Jurek, current executive vice president of operations and administration, will become president on November 3. While Jurek will be called “president,” he “replaces the CEO position with the same level of authority and responsibility,” the company said. Jurek will report to Jason Logsdon, CEO of Maschhoff, which is now GNP’s parent company.

Jurek joined GNP in 1977 and held numerous roles, including controller and chief financial officer. He has held his current position since 1997. After becoming president, Jurek will also become a member of the Maschhoff’s executive committee and will help “guide the vision of the combined chicken and pork businesses,” GNP said.

“After more than 40 years in the business, I felt the time was right for me to retire,” Helgeson said in a statement, adding that he’s “pleased” with Jurek’s appointment. “His strong financial background, drive for business excellence, and commitment to our customers will help the company successfully move forward while preserving the caring culture, community support, and customer-driven focus upon which our company was built.”

“Knowing the company’s future will be managed by a strong leadership team under Steve’s direction gives me great confidence in the continued success of GNP Company,” Helgeson concluded.

As Jurek is promoted, Tim Wensman, GNP’s executive vice president of customer processes, will remain in his position but will take on “expanded responsibilities” that have yet to be determined but that involve leading PR and communications across the Maschhoff organization, the company said.

While Jurek's promotion marks the first time a Helgeson family member will not be leading GNP Company, Michael's son Paul Helgeson will continue in his role as sustainability manager at the company.