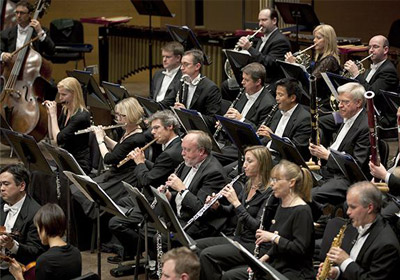 The vote of the musicians was complex, because members of the orchestra are scattered around the globe, performing with symphony orchestras elsewhere.
January 25, 2014

The long, ugly lockout of the musicians of the Minnesota Orchestra has ended.

Late Tuesday afternoon—at separate news events—musicians and the Minnesota Orchestral Association announced that both sides had ratified a three-year contract that calls for the musicians to take a 15 percent cut in the first year of the contract.

But in the next two years, the musicians will receive pay increases of 2 percent and 3 percent, meaning an overall cut over the life of the contract of about 10 percent.

Additionally, the musicians will pay increased costs for their health insurance.

All of this is a far cry from the 30 percent cuts the MOA sought when the lockout began October 1, 2012.

A carrot for the musicians is a provision that will allow orchestra members to share proceeds if the MOA endowment performs well in coming years. That feature is believed to be unique in the country.

But indications are that musicians were not unified in support of the new deal.

In rejecting deals in the past, musicians had always announced unanimous votes. This time, negotiating team members said they would not announce the ratification vote.

The contract kicks in on February 1, with both sides saying they hope a concert will be held in long-silent Orchestra Hall shortly after.

The vote of the musicians was complex, because members of the orchestra are scattered around the globe, performing with symphony orchestras elsewhere.

It’s not clear whether Osmo VÃ¤nskÃ¤ will return as conductor of the orchestra.

“One step at a time,’’ said Doug Kelley, a leader of the MOA’s negotiating team.

Kelley did say that Michael Henson will remain as CEO of the MOA.  But Jon Campbell will step down as chairman of the board. He’d said last December that he would remain in that position until a settlement was reached.