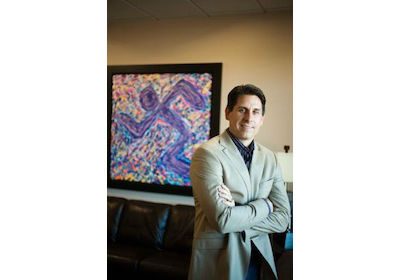 Chief Executive magazine chose Anytime Fitness co-founder and CEO Chuck Runyon from a pool of 197,000 candidates as a winner of its inaugural “Mid-Market CEO Award” program.

Runyon, the leader of the Hastings-based fitness franchise, received the award in the “Leadership” category. Steve LaBella of iSend—a Middlebury, Connecticut-based money transfer website—won in the “Innovation” category and Jeff Silver of Coyote Logistics, LLC—a Chicago-based courier service—won in the “Overall Excellence” category.

The committee used qualitative and quantitative criteria to select 100 finalists from among 197,000 public and private firms nationwide whose annual revenue ranged from $10 million to $1 billion. When narrowing down the candidates, the committee considered firms with “compelling leaders” that demonstrated “superior growth” relative to their industries, “unusual” business practices or models, and an ability to leverage assets in unique ways. Additional research and personal interviews were conducted to choose the three winners.

“While the concept behind Anytime Fitness was clearly a winner, the company’s leadership philosophy—one the founders describe as ‘ROEI,’ or ‘Return on Emotional Investment’—is as integral to its success as its business model,” J.P. Donlon, Chief Executive’s editor-in-chief, said in a statement.

Runyon said that Anytime Fitness’ success stems from investments in its workforce.

“Some companies are good at reinvesting in their employees, but it’s about helping them become better employees,” Runyon said in a statement. “We invest a significant amount of resources to help our employees become better people.”

Those resources include regular workshops on a variety of topics, such as gardening, skydiving, financial planning, and parenting.

Runyon accepted Chief Executive’s award on Wednesday at the National Center for the Middle Market at the Ohio State University’s Fisher College of Business.