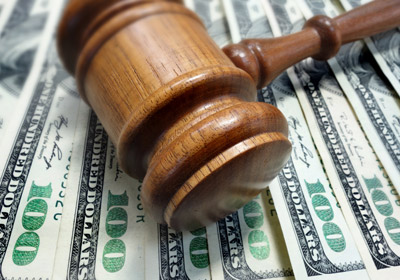 Maple Grove-based Vascular Solutions, Inc., said this week that it has agreed to pay $520,000 to settle a civil lawsuit that accused it of improperly marketing a medical product—although a criminal investigation is apparently ongoing.

Vascular Solutions, one of Minnesota’s 65 largest public companies based on revenue, is a medical device company focused on “interventional vascular procedures.” Among its products are catheters used by vascular specialists.

In 2010, a former Vascular Solutions salesperson sued the company, and Texas’ U.S. Attorney’s Office subsequently intervened in the case. The lawsuit accused Vascular Solutions of “off-label promotion” of its Vari-Lase products, saying the company marketed the product for the treatment of perforator veins despite the fact that it wasn’t approved for such uses.

The lawsuit alleged that the improper promotion of the product, as well as kickbacks that Vascular Solutions paid to physicians, caused the government to lose roughly $20 million, as health care providers submitted claims to government programs such as Medicare.

Vascular Solutions disclosed its settlement agreement on Tuesday as it announced its fourth-quarter and fiscal-year financial results. The company, which previously described the allegations as being “factually inaccurate and without merit,” said that, in return for its $520,000 settlement payment, Texas’ U.S. Attorney’s Office has agreed to dismiss the civil lawsuit.

The company, which did not admit to any wrongdoing, said it expects to make the $520,000 payment this month, and it included the expense in its fourth-quarter financial results. But the settlement does not resolve a separate criminal investigation of the company’s practices.

“The settlement of the civil lawsuit will have no effect on the related criminal investigation, which the company expects will continue,” Vascular Solutions said.

For its fourth quarter, which ended December 31, the company reported a record $29.1 million in revenue, up 15 percent from the same period the previous year. Net earnings, meanwhile, also climbed about 15 percent, reaching $3.5 million.

Following Vascular Solutions’ announcement about its legal settlement and 2013 financial results, shares of the company’s stock were trading up roughly 6 percent at $24.99 mid-Wednesday morning.

“We are very pleased to report another record quarterly performance and to mark our 10th consecutive year of double-digit revenue growth,” CEO Howard Root said in a statement. “Both our sales and adjusted [earnings per share] during the fourth quarter again exceeded the top end of our guidance range, and we are generating growth in all three of our product segments and from both our U.S. and international sales organizations. Looking forward, we are pleased to start another year of what we believe will be multiple product launches, double-digit revenue growth and even higher operating profitability.”

In an unrelated case, Vascular Solutions recently announced that Minnesota's U.S. District Court granted the company's request for a preliminary injunction against one of competitor Boston Scientific's catheter products.