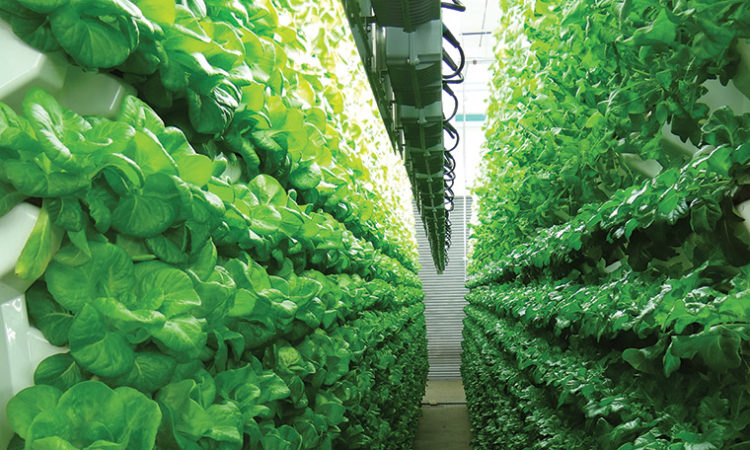 Living Greens Farms Closing In on $12 Million Series A

The company, which grows greens indoors using a special method, plans to significantly increase production by next year.
By Amanda Ostuni
May 03, 2018

Faribault-based Living Greens Farm Inc., which runs one of the largest indoor farms in the world, is looking to turn a new leaf.

The produce grower has so far raised $3 million in new capital as part of a $12 million Series A round. Once fundraising is complete, Living Greens Farm CEO Dana Anderson tells TCB the company will use the money to grow the scale of its operations.

The farm, as Anderson explained, currently has 20,000 square feet of grow space, allowing for annual production of about 760,000 heads of lettuce. The $12 million infusion would help the company expand and re-design their space for more efficiency. Ultimately, Anderson said he would like to see the space grow to about 60,000 square feet of farm space – a possibility in their 45,000 square-foot building because the vertical structure of the farm magnifies floor space.

Living Greens Farm is not your typical farm. Rather, it grows plants indoors using a method called aeroponics, which involves the practice of suspending a plant’s roots in the air and spraying them with a nutrient-rich solution instead of burying them in soil. The method is said to be the fastest way to grow greens.

The company also uses a computer system to control elements such as light, temperature, humidity and C02, and has its own patented vertical growing and traversing misting systems. Living Greens Farm claims its system uses 200 times less land and 95 percent less water than a traditional farm.

The enhanced growing area that the Series A capital would provide could multiply Living Greens Farm production to 3 million heads of lettuce annually. Anderson noted that production level would be equal to that of a roughly 200-acre farm.

Furthermore, Anderson said the $12 million will be used to commercialize Living Greens Farm’s technology. The company currently holds four patents and though Anderson said they’ll continue to invent new assets, they are focused primarily on refining their existing technology and proliferating it across the world.

Those next steps will only be the latest in Living Greens Farm’s development. A few months ago, Twin Cities Business spoke to the company about its operations and since then, Living Greens Farm has enhanced their retail presence, including a debut in Walmart last month. The company is also finalizing an agreement with Robinson Fresh.

The future for both Living Greens Farm looks bright for itself and consumers, according to Anderson.

“There continues to be a lot of issues with field-grown products,” he said, citing instances of recalls of romaine and people getting sick from bad lettuce. “We’re offering the safer, healthier option consumers are looking for.”

He added that beyond the local aspect, Living Greens’ approach is appealing, “because we don’t use pesticides, we’re sustainable, so people can feel good about the impact on the environment. But ultimately [our consumers’] health is ensured because we utilize very high standards that field operators aren’t able to match.”

Anderson said the last deal of the $12 million goal should close in July with the money coming from two venture funds. Thereafter, the company expects to complete their expansion project and reach target production around the first quarter of 2019.