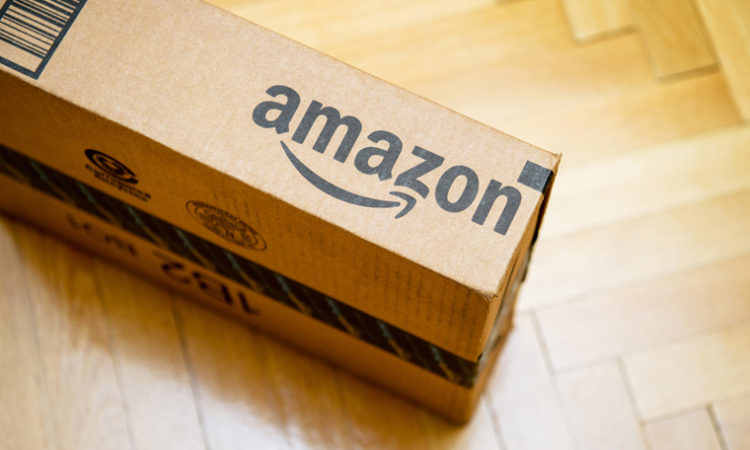 Minnesota sent its bid to the Seattle-based company in October 2017.

The suit alleges state officials and Greater MSP used a cloud-based file-sharing site to hold materials — including the bid itself — in order to get around Minnesota's Data Practices Act.
June 28, 2018

It was all about the Box.

A lawsuit filed Wednesday seeking records pertaining to the state of Minnesota’s attempt to woo Amazon’s new headquarters claims the state and a private economic development group, Greater MSP, used a cloud-based file-sharing site to hold materials — including the bid itself — in order to get around the state’s public disclosure laws.

Because the state agency preparing the bid, the Minnesota Department of Employment and Economic Development (DEED), didn’t actually possess the data — instead keeping it on a server provided by the cloud-based file-sharing service Box — state officials claim the agency doesn’t have to produce many of the key documents sought under the state Data Practices Act.

But the lawsuit filed by Public Record Media, a St. Paul nonprofit dedicated to open government, argues that any documents produced by state entities on behalf of the state are public — regardless of where they are stored.

Filed in Ramsey County District Court, the suit asks the court to order release of the documents including the actual bid. It also seeks to enjoin the state from using similar methods to evade disclosure in the future, and to award expenses, legal costs, civil and exemplary damages.

“One of the reasons we’re bringing this suit is because of the hazy nature of what’s been going on,” said Public Record Media Executive Director Matt Ehling. “The state economic development agency is making promises on behalf of the taxpayers of Minnesota. The taxpayers need to know what those promises were.”

The attorney bringing the lawsuit, JT Haines of St. Paul, said if the state is able to use this method in the future to shield what would otherwise be public records, “it would be an exemption you could drive a flotilla through. It would be a very easy and simple way to evade the clear intent of the state Legislature and the history of the use of the Data Practices Act by the Minnesota public.”

Because of the significance of the issues, Ehling said he expected and was prepared for the case to ultimately be decided by the Minnesota Supreme Court.

In a statement sent out Wednesday afternoon, DEED Commissioner Shawntera Hardy said: “All information concerning the State of Minnesota’s role, and offers of state taxpayer incentives to Amazon have been publicly disclosed. Greater MSP assembled and submitted the region's complete proposal for this project. The remainder of the proposal materials are in Greater MSP’s possession and are within their purview to disclose.”

The race for HQ2

In September 2017, Amazon invited states and communities in the United States and Canada to make proposals for its second headquarters, which could bring 50,000 jobs to the winner. Minnesota state government teamed with Greater MSP, a private, nonprofit economic development organization, to prepare a bid that was focused on locations in the Twin Cities. Gov. Mark Dayton had said the state would not offer the company large subsidies.

Whether that led to the state missing the first cut isn’t known, but by the criteria stated by the Seattle-based company, the region should have scored well.

Minnesota sent its bid to the Seattle-based company in October 2017. Shortly afterward, PRM made its request for documents related to the preparation of the bid, including the bid itself. That would have revealed what benefits the state was offering to attract what is considered to be one of the biggest economic development competitions in U.S. history.

According to the suit, the state produced thousands of pages of data but not the bid itself. Instead, DEED produced a cover letter signed by Dayton and legislative leaders and a two-page summary of the proposal. The bid itself, the state asserted, was created not by the state but by Greater MSP, and that only Greater MSP possesses copies of the bid materials. As a private, nonprofit entity, Greater MSP is not subject to the state open records law.

In a response to PRM’s initial request, a DEED staffer wrote: “These are the only documents DEED possesses that are responsive to this request. Minnesota’s complete proposal to the Amazon HQ2 RFP was submitted by Greater MSP, an organization that partnered with DEED on this project.”

Even though the Amazon competition is over — at least for Minnesota — the state has argued the need for some secrecy around its bid because it might try to use similar incentives for future development opportunities, and it doesn’t want other companies and other states to know what it might have offered Amazon.

The lawsuit asserts that any document produced by the state or possessed by the state — even in a shared cloud server — is public and disclosable. There is no exemption under the state Data Practices Act to cover the state’s desire for secrecy.

In a footnote to the lawsuit, PRM asserts that DEED and Greater MSP “appear to be engaged in a mutual effort to shield the Amazon Bid via a scheme where neither will admit the full details of the arrangement between them, using alternate theories to justify their own refusal to produce the bid under the DPA.”

Previously, the state had asserted that Amazon had required it to sign a non-disclosure agreement that covered some of the data. It has since asserted that it doesn’t even possess the data. But in a letter to DEED that was quoted in the lawsuit, PRM maintains that “through its access to the Box, DEED has the ability to both upload or transit documents and to review or receive documents created by Greater MSP.

“Routine access to the Box by DEED staff makes clear that data uploaded to the file-sharing portal is ‘maintained’ by the agency and therefore ‘government data’ under” state law.

But an October email provided to PRM under its data request shows a DEED staffer who worked on the project telling a co-worker, “Was looking at the Box files, and it looks like you guys have been busy putting together a final package. It looks good!”

Another email between a DEED staffer and top legislative staffers noted that “DEED and Greater MSP will be putting together a draft of the final proposal over the weekend” and could provide a briefing the following Monday. Other emails show that DEED staff met shortly before the bid was sent with top legislative staff to brief them on the proposal and secure signatures for the cover letter.