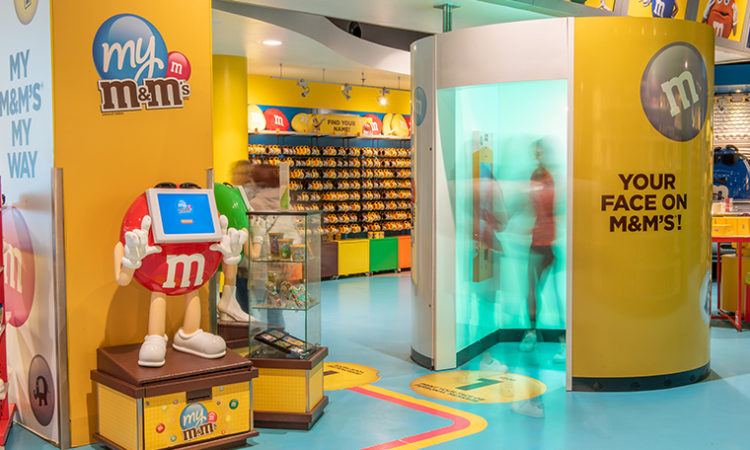 The new space promises a mix of experiential attractions.
By Ana Diaz
January 23, 2020

The Mall of America has landed a sweet new tenant.

Mars Retail Group on Thursday announced plans to open an M&M’s flagship at the Bloomington mall by late 2020. The massive store—which will span more than 24,000 square feet on two floors—will be the first and largest M&M’s store in the Midwest. The new store takes the place of the former American Girl shop, which closed in spring 2019.

“M&M’s is proud to bring its immersive in-store offerings to the Midwest region by opening a store at the epicenter of tourism and retail in Minneapolis’s iconic Mall of America,” the company said in a press release.

Mars had initially considered bringing the store to Chicago, but eventually landed on the Mall of America because it’s a year-round destination, the Star Tribune reported. In addition, Mars was originally founded in Minneapolis in 1911.

The space will feature a mix of classic M&M’s attractions, like a giant chocolate wall, along with new interactive experiences, such as a photo booth that will allow visitors to put their faces on M&M’s. The location will also pay homage to its Midwest location with region-specific decor.

“Mall of America is a best in class experiential retail shopping center and a natural partner to help us realize our vision to delight people everywhere with immersive experiences,” said Patrick McIntyre, director of global retail at Mars Retail Group.