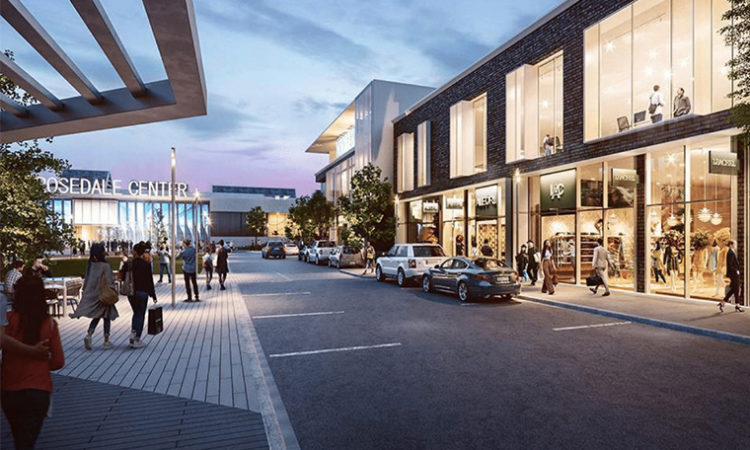 Rendering of the updated Rosedale Center

Woodbury-based Kowalski’s Markets has signed a lease to open a new grocery store at the Rosedale Center shopping mall in Roseville. The store will be roughly 30,000 square feet and will be one element of a major expansion of the mall.

“We have a signed lease,” said Kris Kowalski Christiansen, CEO of Kowalski’s Markets. “We’re going to be in the old Herberger’s location.”

Last September, Chicago-based mall operators JLL announced expansion plans that would cost more than $100 million. By January, the project budget had climbed to an estimated $200 million—all of which will be privately financed. Outlined plans call for adding new housing, a hotel, a grocery store, fitness centers, new restaurants, co-working space, a medical office building, and more retail space. But Kowalski’s has not previously been named as the grocer.

The Herberger’s store at Rosedale closed in 2018 after the retailer’s parent company filed for bankruptcy and closed all of its stores. The expansion plan calls for redeveloping the former Herberger’s store and surrounding space.

“We’ve always liked Roseville as an area, and we have nosed around a bit there over the years and couldn’t come up with the right location,” said Kowalski Christiansen. “This seemed to be the right fit at the right time.”

Rosedale leaders, meanwhile, are continuing conversations about the updated mall with “other high-quality commercial and retail partners,” general manager Lisa Crain said in a statement.

Kowalski’s Markets is also looking at opening another new store in a different shopping mall: Southdale Center in Edina. But it’s not a done deal yet.

Chanhassen-based Life Time Inc. is floating plans for a 25-story apartment tower at Southdale above a Kowalski’s store. Life Time just opened a new health club and co-working space on the east side of the mall. Kowalski Christiansen said that a potential Southdale store would be about the same size as the Rosedale store, but noted that it wouldn’t open until 2023.

Kowalski’s Markets currently operates 11 metro locations and has continued to expand. It opened a new store in Excelsior in 2015 and overhauled a former Rainbow Foods location in Shoreview, which opened in 2016.

Kowalski Christiansen acknowledges that she never would have guessed that the company’s new store plans would include shopping malls. But she’s bullish on both markets and is enthusiastic about the “lifestyle center” updates planned for both Rosedale and Southdale.

“It seems like the perfect fit,” said Kowalski Christiansen.

In August, Kowalski Christiansen spoke with Twin Cities Business about how her business stays afloat in an increasingly crowded market.