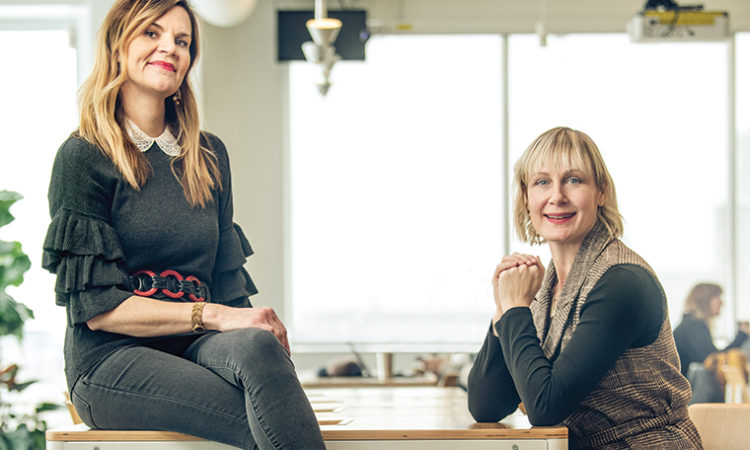 The Minneapolis-based startup launches its first “Rewear” marketplace for children’s brand Tea Collection, and calls it a blueprint for the future of the fast-growing secondhand apparel market.
By Allison Kaplan
February 08, 2022

In the earliest days of building the digital resale marketplace Kidizen, co-founder and CEO Dori Graff took note of how much brand loyalty influenced consumer purchases—particularly for children’s clothes. “Strong brands have very active buy, sell, trade communities,” Graff says. “As soon as we saw the way moms talk about brands they love, we thought, brands are missing out by not being part of this.”

They’re starting to catch on. Last week, Tea Collection—a children’s brand so beloved, moms started a Facebook fan group—launched its own resale site called Tea Rewear, and it’s powered by Kidizen. The Minneapolis-based resale platform (featured on TCB‘s Tech 20 in 2020) hopes to have 15 such partnerships established by the end of 2022.

“It’s going to be table stakes for brands and retailers moving forward to have some sort of resale component to their offering,” Graff said. “We’re trying to capture all of the kids brands first. We already have relationships and a community.”

Established in 2014, Kidizen’s marketplace of buyers and sellers is approaching 800,000. The pandemic proved a strong accelerant, with more people shopping online, and turning to the secondhand market due to supply chain shortages, and growing concerns about sustainability. The secondhand clothing market is growing 11 times faster than traditional retail, according to market research firm Global Data, which estimates that it will be worth $84 billion by 2030—more than double the projections for fast fashion.

Patagonia may be the original among brands with their own apparel resale business, but others are starting to jump in. Women’s apparel brand Madewell partnered with ThredUp on “Madewell Forever,” an online shop featuring its pre-worn denim, which customers can turn in at a Madewell store or online for credit toward future purchases. Levi’s launched its own Levi’s Secondhand e-commerce site. 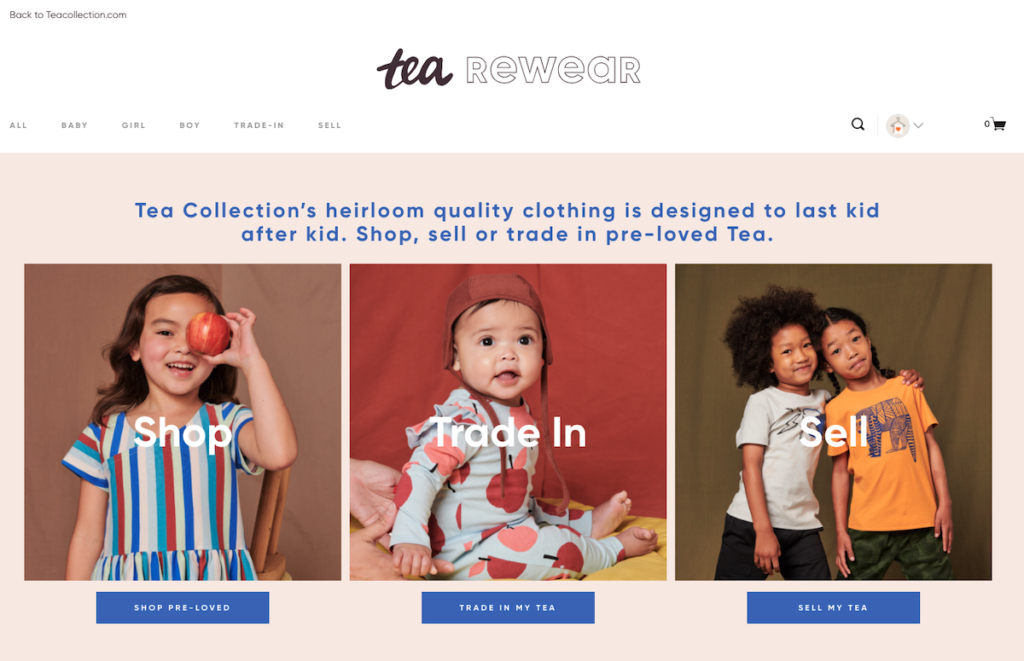 “One of our jobs as a company is to know what matters to customers and deliver on their expectations,” said Tea Collection CEO Leigh Rawdon, who founded the brand 20 years ago. Today, its $50 soft cotton hoodies and $40 dresses are sold in around 250 baby boutiques nationwide. Rawdon said she’s long been in the habit of popping into consignment shops to ask about their best-selling brands. “I’m so proud if they say ‘Tea’—it means the garments hold their value.”

As consigning moved online to sites like eBay and Facebook Marketplace, Rawdon said she worried some about the “brand experience not being to the standards we would like.” The company thought about launching its own marketplace, but considering the time and expense of building and maintaining it, Rawdon said it just didn’t make sense. “Kidizen solves for that, and allows us to create a branded experience where we can communicate about quality and tell the story.”

Tea Collection doesn’t expect its resale site to move the needle significantly on sales, but “we will not lose money,” Rawdon said. “Tea Rewear is built to ladder up.”

For Kidizen, the partnership creates a large audience of brand loyal shoppers. “It’s huge for us,” Graff said. On any given day, more than 20,000 Tea Collection items are for sale on Kidizen, which makes its money by taking a percentage of each sale from sellers, who list their items for free. “We benefit by having visibility, user acquisition, and an added sales channel.”

Children’s apparel is the fastest growing category of resale apparel, according to GlobalData’s 2021 report.

While Kidizen’s base of individual buyers and sellers continues to grow, so do the company’s brand partnerships. Some brands now use Kidizen to sell their returns and overstock, employing Kidizen’s “style scouts,” a team of 135 power sellers across the country who will pick up inventory from boutiques like Tea’s, list and sell items, taking a percentage of the sale as their fee. Graff believes the peer-to-peer strategy gives Kidizen an edge over its larger resale competitors like ThredUp and Trove.

Besides, she said, “They all go for women’s apparel first. We say take it, and leave kids to us.”