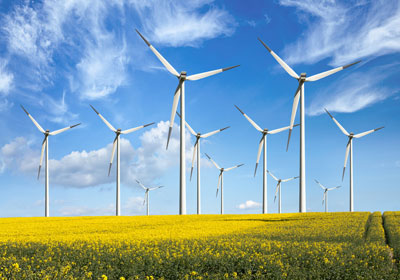 The solar and wind energy company closed the deal earlier this month and said that the acquisition will add $700,000 to $1 million to its annual revenue.
February 23, 2014

Juhl Energy, Inc., acquired an online distributor of solar power systems and components in a stock deal that closed February 5.

The Pipestone-based solar and wind energy systems manufacturer said that its acquisition of Chicago-based PV Power, Inc., will expand its offerings in the consumer and small business sector. Juhl Energy transferred 600,000 shares of its common stock under the terms of the transaction. If calculated based on February 5’s closing price of $0.18 per share, the deal’s value would be in the ballpark of $108,000.

“We believe that this market is where significant growth and opportunity is obtainable,” Dan Juhl, chairman and CEO of Juhl Energy, said in a statement. “We view the purchase of PV Power as a smart and focused expansion strategy based on their success and the fact that they have been operating profitably for the past year.”

Juhl Energy said that as part of the acquisition, the two companies will jointly develop a line of complete solar power systems.

Janson said that it hasn’t been determined whether PV Power’s employees will transition to Juhl, adding that PV Power will retain its name and will continue to operate out of Chicago.

Juhl Energy operates as a holding company for several subsidiaries and affiliates. The company is among the 100-largest public companies in Minnesota, with $8.1 million in 2012 revenue. It currently employs approximately 65 people.