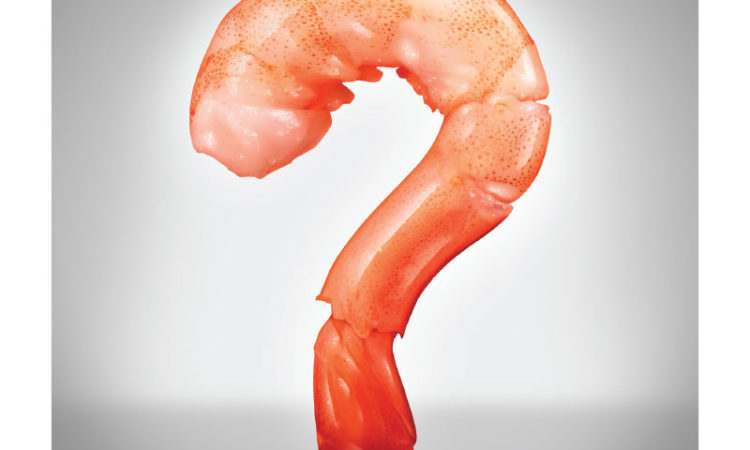 A Minnesota/South Dakota shrimp farm has big plans and a few orders, but no funds to build.
By Burl Gilyard
May 05, 2021

In January 2019, South Dakota Gov. Dennis Daugaard made big news in Minnesota: Balaton, Minnesota-based Tru Shrimp Co. relocated its planned site to build an indoor shrimp farm from Luverne, Minnesota, to Madison, South Dakota. At the time, CEO Michael Ziebell said that the company’s decision was driven by timing: They could start building sooner in South Dakota. There was also the incentive of $6.5 million in low-interest loans from South Dakota.

The concept called for construction that summer. But more than two years later, nothing has been built, and it remains unclear when construction might start. The $500 million facility has been scaled back significantly. Tru Shrimp is now working to raise $70 million in equity and debt. As of early March, it had raised $5 million.

Ziebell rejects the notion that shrimp farming on the prairie may be a mirage. “We want to break ground in 2021. We’re working to do that.”

Tru refers to the indoor shrimp operation as a “harbor.” It has a pilot facility in Balaton; Madison would be its first commercial harbor. Beyond Madison, the company has big plans. “We’re not out to build one shrimp farm,” says Ziebell. “Our intention is to build multiple shrimp farms here in the Upper Midwest.”

Ziebell says observers should be reassured that an affiliate of financial giant Bank of America is the company’s investment bank. He notes that his business model is part of a global trend with an eye on food safety and sustainability. “There is a significant effort across the world to take aquaculture indoors.” In December, the company inked a letter of intent with Michigan-based Gordon Food Service, a $15 billion food distributor.

“The shrimp are sold,” says Ziebell. “We have a letter of intent that they will buy our production for the next 10 years, regardless of how many harbors we build … They’ll buy everything. That’s why we’re confident that we can start building this year.”

This story originally ran in the April/May 2021 issue.