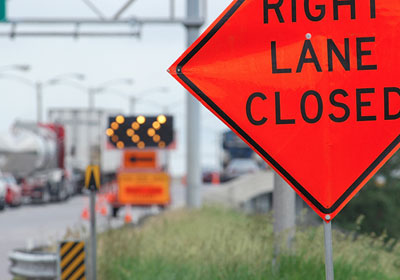 Is It Possible To Pay For Minnesota’s Transportation Needs Without Raising Taxes?

Republicans say “efficiencies” could go a long way toward paying for needed road and bridge improvements in Minnesota. What does that mean — and how would it work?
May 02, 2015

For Mark Dayton, it was a blessing and a curse.

In December 2012, a 19-member panel called the Transportation Finance Advisory Committee (TFAC), found that Minnesota faced a major gap in the future funding of its transportation needs. To address the issue, TFAC recommended spending $21 billion on roads, bridges and mass transit over the next 20 years.

A little more than two years after the report was released, the TFAC recommendations would become the spine of Dayton’s transportation plan — a push to capture more than $11 billion in new revenues to pay for roads, bridges and transit over the next decade.

But while it provided the justification for Dayton’s initiative, the committee’s findings were also the origin of an idea that’s been seized upon by opponents of the governor’s plan: the notion that  “transportation providers” could help fill the state’s funding gap by finding “efficiencies” in their budgets.

“It was a very small, almost a footnote in the report,” said MnDOT Deputy Commissioner Tracy Hatch. “What has happened since then is it has really gained a life of its own.”

That is probably an understatement. Since the start of the 2015 legislative session, the word “efficiencies” has become a buzzword in St. Paul. Republicans and business groups like the Minnesota Chamber of Commerce — who’ve opposed Dayton’s call for tax increases to pay for his plan — say theMinnesota Department of Transportation(MnDOT), in particular, should help pay for new projects by finding efficiencies in its budget.

In response, Dayton has said those figures don’t add up, going so far as to say that his opponents numbers are from “La La Land” and “Fantasy Island.”

Dayton’s colorful rhetoric hasn’t stopped Republicans from pursuing the idea, though. In fact, as part of the House transportation bill up for debate on Tuesday, Republicans would require MnDOT to find 15 percent efficiencies in its budget to pay for new projects over the next two years.

There is something of a wrinkle in that approach. There’s still a lot of debate about what “efficiencies” mean, exactly — and where they should come from.

So what are “efficiencies” anyway?
As defined in the TFAC report, efficiencies are “transparent, accountable and cost-effective capital improvements with a high return-on-investment.”

In practice, MnDOT’s Hatch says it means saving money through the design, management and real-time actions related to a construction project. That can mean getting around to a road or bridge project before damage gets worse and the costs increase, but it can also mean taking advantage of low interest rates and nabbing steel or other construction material for a big project at a time when prices are low.

Savings can also be found in good “risk management” strategies. In the Minnesota construction world, that often means planning for the state’s sometimes-unpredictable weather, like the early onset of winter or a major storm.

All that aside, around the Capitol, the term has morphed into more of a synonym for general savings in the department, in whatever form they can come.

Was the TFAC report the first time anyone talked about this?
Yes and no. The idea of finding extra savings in the transportation budget always tends to surface when new money is on the table. It was brought up back in 2008, during the transportation debate that ultimately led to the first gas-tax hike in Minnesota in about two decades. The Minnesota Chamber of Commerce supported the revenue increase, but asked MnDOT to set up a task force to figure out an approach to be as prudent as possible with the new dollars. The task force developed recommendations, but in the end, it was difficult to track exactly how efficiently the department was spending the money, said Bentley Graves, the chamber’s director of transportation policy.

Then, in the 2014 legislative session, a handful of legislative Democrats started pushing a funding increase for transportation. The chamber came back and asked for the status on finding efficiencies in the department. In the end, no new revenue was passed last year, but a proposal was approved that required MnDOT to find and document 5 percent efficiencies in its total state construction budget by the end of 2015.

Said Graves of the proposal: “Let's not just say we are being more efficient, let’s catalog it and document it and invest it back into the system so people can see it. Before we start talking about new revenue, let's make real progress on the efficiency front.”

Well, did they make progress in finding efficiencies?
According to MnDOT: Yes. The department has found about $50.5 million (of a $60.2 million goal) in savings for 2015, Hatch said. They’ve found other savings, too. Last April, MnDOT announced it saved $50 million through creative ways of routing traffic and managing the St. Croix River bridge project, as well as developing more cost-effective designs for the replacement of a bridge in Red Wing. The department used those dollars to put a long-sought third lane in on Interstate 494 in Plymouth and repair 50 miles of I-90 in southern Minnesota.

If they’re already doing this, what’s the problem?
The TFAC report. Members of the committee introduced the idea of finding efficiencies of around 15 percent (even as high as 17 percent), but they specified that the savings would be generated out of any new money put toward transportation projects. MnDOT Commissioner Charlie Zelle said he would be committed to finding that savings to help fill the funding gap, and when Dayton and Senate Democrats rolled out their 10-year funding proposals, they adopted that position.

But House Republicans aren’t proposing finding those savings within any new money, MnDOT officials say. Their transportation plan would spend $7 billion on roads and bridges over the next decade by moving some transportation-related revenues into highway funds; tapping into the projected budget surplus; and, yes, finding 15 percent in efficiencies.

Yet under the language in their bill, those savings must be found in the “total appropriations” used for transportation in the 2014-2015 budget, money that would then go toward repairing roads, bridges and patching up potholes in the 2016-2017 budget.

By Hatch’s calculations, that would mean more than $850 million would need to be found in the state’s nearly $6 billion transportation budget to spend over the next two years. That includes all the money MnDOT spends, from administrative costs to road and bridge construction to the aid they give directly to local governments.
So MnDot doesn’t have $850 million lying around?

MnDOT officials say 15 percent would be a steep hill to climb. They way they see it, finding transportation efficiencies is mostly about timing. But many of those things are outside the scope of MnDOT’s control, Hatch said, and they take time to realize. Department officials wouldn’t speculate on how they would find the savings, but Hatch said it wouldn’t be easy. Less than 3 percent of the total transportation budget goes toward running the agency, or about $40 million. “If we had piles and piles of money around here but nobody to cut purchase orders or load trucks or drive the trucks it’s not going to help us achieve our goals,” she said. “In many large organizations, the first area that they cut is staffing.”

“We can find some savings, but we can’t find $850 million there,” she added. “I believe MnDOT is already running extremely efficiently.”

What do House Republicans say about their plan?
Republicans House Transportation Policy and Finance Chairman Tim Kelly said he’s asking for the same savings Dayton and Senate Democrats are asking of MnDOT, and it’s similar to what Republicans are seeking in their budgets from state agencies across the board. “We are reaffirming that goal and trying to be efficient in management, program and delivery,” he said.

Kelly was clear that he didn’t see this as a cut to the department — most of the savings would be found on the design and construction side of things, not on administrative costs. “I think we are partnering with the agency to allow them to do things a little differently,” Kelly said.

“It’s giving us some flexibility to work with them,” he added. “It’s not as much of a discussion as people might think right out of the gate. We are not talking about cuts to the department; we are talking about savings.”

So what’s next?
All sides agree this is still only the first step. Republicans who control the House will likely pass their transportation bill off the floor Tuesday, but they still need to find a compromise with Senate Democrats and Dayton, who must sign the final bill. With four weeks left in session, a lot can still change.