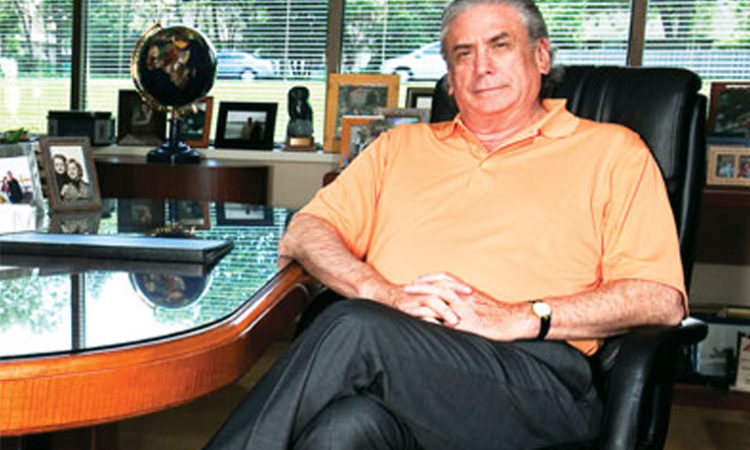 Two days after the bodies of the couple were found in their home, the Medical Examiner determined both died from multiple gunshot wounds—Irwin by suicide, Alexandra by homicide.
By Amanda Ostuni
April 16, 2019

The Hennepin County medical examiner’s office confirmed Friday night the cause of deaths of Minnesota businessman Irwin Jacobs and his wife Alexandra, found dead on the bed in their Orono County home last Wednesday. Irwin Jacobs’ death was ruled a suicide, while his wife’s was ruled a homicide. Both died of “multiple gunshot wounds.”

Both individuals were 77 years old.

The analysis supports reports from initially unnamed sources close to the Jacobs that it appeared to be a murder suicide, perhaps motivated in part by the couple’s health issues.

The investigation remains open, however, pending analysis of forensic evidence.

Irwin Jacobs was a lifelong entrepreneur and came to be known in the 1970s and ‘80s as a corporate raider, often referred to by the nickname “Irv the Liquidator.” He bought the Grain Belt beer company when it was struggling in 1975 and ultimately sold to the city of Minneapolis. He founded and led Minneapolis boat manufacturing company Genmar Holdings Inc., and then Hopkins-based Jacobs Trading Co., a buyer and seller of closeout retail inventory.

He and his wife also participated in philanthropic endeavors, including contributions to the 1991 International Summer Special Olympics Games, the group home Dells Place, and the Art Center of Minnesota. The couple’s obituary describes Alexandra Jacobs as having a passion for painting, and being known for her “warmth, beauty, smile, and joie de vivre, as well as her sense of humor.”

A celebration of Irwin and Alexandra Jacobs was held Monday afternoon at the Lafayette Club.