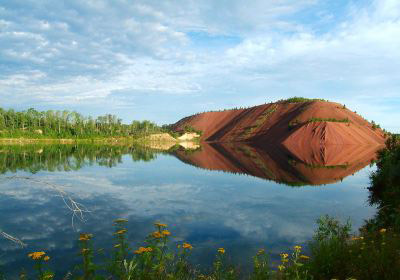 The Grand Rapids-based company, called Magnetation, is extracting iron ore from what has been considered waste rock left over from decades of earlier mining operations.
June 04, 2014

A Minnesota company is celebrating the construction of another of its iron-ore reclamation plants on the Iron Range, and folks in the area are celebrating the economic boost and new jobs that will come along with it, the Northland News Center reports.

The Grand Rapids-based company, called Magnetation, is extracting iron ore from what has been considered waste rock left over from decades of earlier mining operations, according to a profile of the company by MPR News.

Construction on Magnetation’s fourth plant near Coleraine—about 6 miles from Grand Rapids—is well underway, and last week the company held a ceremony to mark the progress it’s made since it opened its first plant just five years ago, according to the Grand Rapids Herald Review.

The Coleraine facility will cost $155 million to build, and it’s scheduled to be up and running in January 2015. It will employ about 180 people, according to Matt Lehtinen, the company’s president.

Lehtinen, 32, says thousands of tons of waste rock and the tailings contained in basins all over the Iron Range (like the one shown in the photo) were just left there years ago, because it was too expensive to remove the leftover ore after more traditional mining methods.

It’s not considered waste any more; the leftover material is being processed through Magnetation’s “Rev 3 Separator,” which uses permanent magnets to extract the iron ore. He tells MPR News there’s enough of the stuff to keep the business going for decades.

Once it’s processed, the ore will be shipped to a new pellet plant being built in Indiana by a subsidiary of Magnetation.

Along with the company’s other facilities in Keewatin, Bovey and Chisholm, the new jobs in Coleraine will grow the Magnetation workforce to 350-400 permanent jobs on the Iron Range, according to the Herald Review.

Next year, the four plants combined will produce about four million tons of iron ore concentrate per year. But it’s just a fraction of the 15 million tons per year produced by the  Iron Range’s largest taconite plant, MinnTac, according to MPR News.

This map shows the communities that make up the Iron Range. 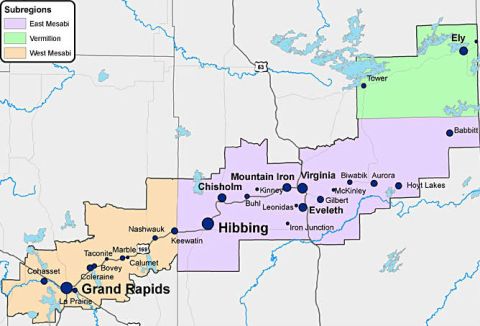