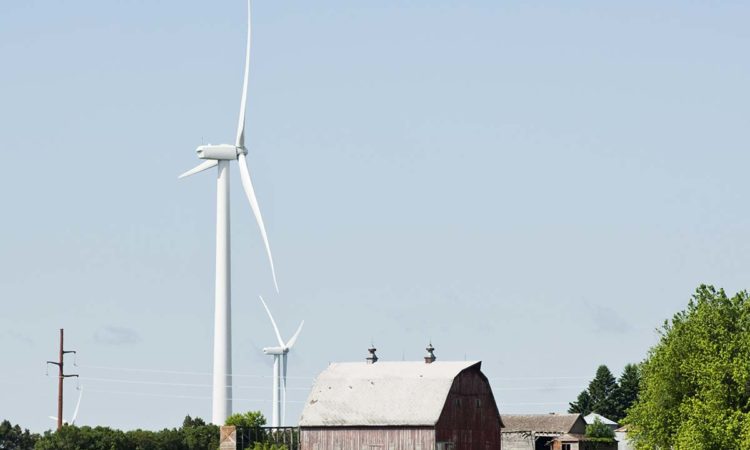 Besides tax credits for industries and utilities that use renewable fuels, the Inflation Reduction Act rewards consumers who adopt home energy efficiencies with rebates and offers tax credits to those who purchase electric vehicles.
By Ana Radelat
August 18, 2022

WASHINGTON — As a leader in renewable energy resources, Minnesota could have an outsized impact from the climate change-fighting provisions of the Inflation Reduction Act.

The bill, signed into law by President Joe Biden on Tuesday, would offer nearly $370 billion in incentives to consumers, utilities and corporations to curb planet-warming emissions.

Democrats and others who supported the bill, including Minnesota’s rural electric cooperatives, say the bill complements steps the state has already taken to promote the use of renewable energy sources. And environmentalists and their supporters in Congress say the climate provisions in the bill is just the start.

“It’s a landmark piece of legislation and it’s just the beginning of what we can accomplish,” said Sen. Tina Smith, D-Minn.

So, Minnesota has already exceeded the state’s mandatory renewable energy portfolio standard (RPS), which requires that the state’s electricity providers, with the exception of the state’s largest utility, generate or procure at least 25% of their electricity retail sales from eligible renewable sources by 2025.

The new law extends wind, biomass and solar tax credits for 10 years. These credits have been renewed by Congress largely on a year-to-year basis, resulting in uncertainty for investors in these sectors, and boosts credits for other renewable fuel sources.

In the weeks before Senate Majority Leader Chuck Schumer announced last month there was a breakthrough in negotiations on the Inflation Reduction Act, which not only targets climate change but also expands health care benefits, environmental groups like the EDF “felt pretty crummy and hopeless,” Andress said, because it looked like any progress in climate change legislation was hopelessly stalled.

Besides tax credits for industries and utilities that use renewable fuels, the Inflation Reduction Act rewards consumers who adopt home energy efficiencies with rebates and offers tax credits to those who purchase electric vehicles. Buyers of a new EV could be eligible for a $7,500 tax credit and those who purchase a used EV could take $4,000 off their federal taxes.

Yet for Minnesota’s electric cooperatives, the incentives to use renewable fuels may not be their biggest benefit in the act.

The new law also addresses a longstanding problem for non-profits like the electric co-ops, who have had trouble taking full advantage of federal tax credits. To take full benefit, these co-ops had to enter into complicated partnerships with for-profit entities. But the act’s “direct pay” provision lets nonprofits to take the full credit.

“This will allow us to continue to deploy renewables on a level playing field,” said Darrick Moe, the CEO of the Minnesota Rural Electric Association.

“We absolutely supported this bill,” said David Ranallo, the company’s communication director. “This bill is totally in sync with our vision.”

While Ranallo said the Inflation Reduction Act “will grease the skids” for new innovations, Great River Energy’s customers are not likely to see lower electric bills, at least not right away.

The company said “over the long term,” Great River Energy expects the provisions in the Inflation Reduction Act to reduce costs for cooperative members, both through financial incentives for energy innovation on the electric system “as well as reducing overall energy costs by making it easier for cooperative members to use electricity in new, efficient and cost-effective ways, such as electric vehicles and heat pumps.”

The Inflation Reduction Act also provides $500 million for new bio-fuel infrastructure, which will result in the creation of more ethanol pumps.

“It means we will have more stations offering higher blends of ethanol,” said Ashwin Raman, spokesman for he Minnesota Biofuels Association. “More infrastructure is always good.”

With 19 ethanol plants, Minnesota is the fifth-largest ethanol producer in the country.

Meanwhile, the Nature Conservancy predicted the Inflation Reduction Act will drive more than $6.6 billion of investment in Minnesota and create 10,000 new jobs each year for the 10 years.

No bridge over partisan divide

Smith said she “pushed hard to include clean energy tax credits … that will accelerate the clean energy transition.” She’s also pressed for other energy related provisions in the bill, including grants and low-interest loans for municipalities and tribal governments to establish new clean energy programs.

Other Minnesota lawmakers also championed provisions in the wide-ranging act. Rep. Angie Craig, D-2nd, for instance, has sponsored legislation that would cap insulin costs for all insured patients at $35 a month. That provision was initially in the act, but had to be pared down to cover only Medicare patients after Republicans successfully made a parliamentary objection.

All Democrats in the House and Senate voted for the bill.

“I have no doubt that when I look back on my service in the Senate, I will see the Inflation Reduction Act as one of the most important things I had a chance to work on.” Smith said.

While the most progressive Democrats in Congress voted for the bill, they objected to the inclusion of provisions that won the support of key Senate Democrats – namely Sens. Joe Manchin of West Virginia and Kyrsten Sinema of Arizona – and the weakening of the insulin cap.

“I remain concerned with certain provisions in the bill, including the expansion of fossil fuel leasing, the removal of a tax on wealthy private equity speculators and a cap on insulin prices for private insurers,” said Rep. Ilhan Omar, D-5th.

Meanwhile, the use of the reconciliation process to win approval of a bill that promoted key elements of Biden’s agenda, angered Republicans and not a single one voted for it.

Republicans objected to the new taxes on corporations in the bill and said the boosting of the Internal Revenue Service would mean honest, middle-income  Americans would be unjustly audited, perhaps for political reasons.

“On multiple fronts, this bill takes the wrong approach,” said Rep. Brad Finstad, R-1st. “Instead of spending billions to hire an army of IRS agents and wasting billions more on programs that won’t improve the economy, Congress should focus on ways to unleash the power of America’s farmers and small businesses and allow for more American-made energy to bring down gas prices.”