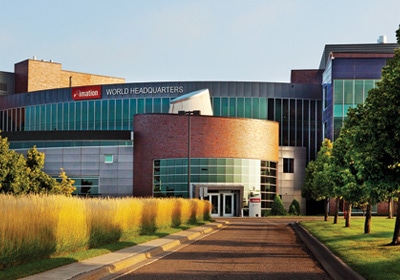 Imation CEO Lucas To Step Down

Activist investors shook up company’s board in May.
July 24, 2015

Mark Lucas, CEO of Oakdale-based Imation Corp., is stepping down in the wake of losing his seat on the Imation board. The news was disclosed on Friday in a filing with the U.S. Securities and Exchange Commission. Lucas has been CEO of Imation since May 2010.

At the company’s annual meeting on May 20, shareholders elected a slate of three new members to the six-member board of directors who were backed by activist investors led by the New York-based Clinton Group. Lucas was among the three board members to lose his seat in the May vote.

Joseph De Perio, senior portfolio manager with the Clinton Group, was among the new Imation board members elected in May. De Perio declined comment on the pending departure of Lucas.

According to the SEC filing, Lucas notified the company of his plans on July 6, claiming that the loss of his board seat “constitutes ‘Good Reason’ for the termination of his employment under the terms of his Amended and Restated Severance and Change in Control Agreement with the company.”

The precise timing of his exit is not yet clear. Per the filing: “He intends to terminate his employment at an unspecified date not earlier than September 21, 2015.”

Imation has not posted a net profit since 2006. The data storage company has faced declining revenue and steady losses for years. For 2014, Imation reported a net loss of $114.7 million on revenue of $729.5 million.