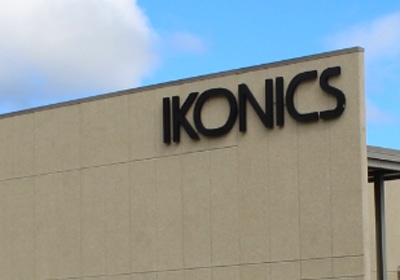 Lt. Governor Tina Smith and Duluth Mayor Don Ness were in attendance for Ikonics' groundbreaking ceremony for its new facility that will be used to deepen the company’s credibility among aircraft and helicopter manufacturers.
August 20, 2015

Ikonics Corporation broke ground on a $4.3 million expansion to broaden its aerospace capabilities that will neighbor its headquarters on the company’s Morgan Park property in Duluth.

Once completed, the new 27,300 square-foot manufacturing facility will provide 20 new jobs and better solidify Ikonics as a key player in the eyes of airplane and helicopter manufacturers. “It’s a little bit of gaining credibility in the aerospace industry,” said Ikonics CEO and President Bill Ulland, whose company produces carbon fiber products to reduce weight and deaden sound of aircraft.

Ulland said the decision to expand when members of the company toured a large jet-engine manufacturer some time ago. The tour exposed areas of improvement for Ikonics.

Construction of its new building marks phase two of Ikonics’ plans to expand its business. In July of 2014, the Duluth company announced phase one: a $507,000 upgrade to its on-site equipment.

With gains in Ikonics’ operations and manufacturing capabilities, the prospect for increased business and new clientele are next in sight. “We are always looking for new business opportunities,” said Ulland. “Beyond Ikonics, including places like Cirrus Aircraft, Duluth is becoming an aerospace center. We are also making a major push into the solar arena.”

The groundbreaking comes just shortly after Ikonics posted its second-quarter results ending June 30. The Duluth company recorded nearly $4.7 million in sales—a 6 percent drop compared to the prior year’s Q2 results of $4.9 million. Ulland attributes the 6 percent sales drop to a strong U.S. dollar that has affected Ikonics’ robust export business, particularly within its aerospace division that saw a 67 percent sales increase from a year ago.

Construction of Ikonics’ phase two expansion has an expected completion date of April 2016.

A column in the March edition of Twin Cities Business profiles Ikonics and how it branched from servicing automakers and eventually aerospace manufacturers.