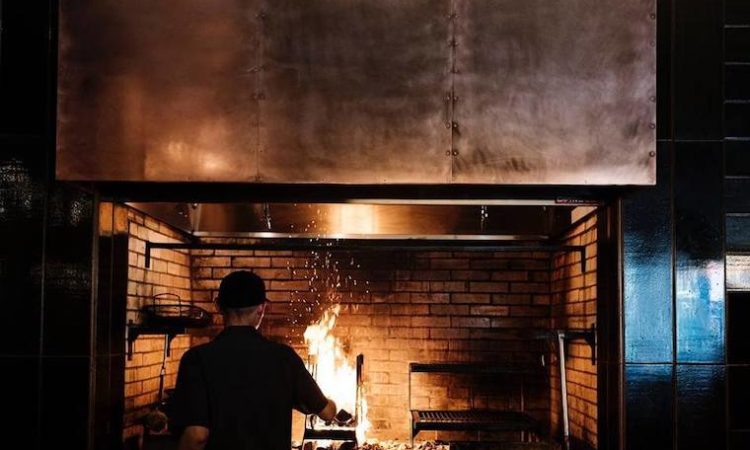 The warm glow of Young Joni pizza ovens drew patrons out in record cold this week.

How Twin Cities Restaurants Stayed Hot During the Deep Freeze

Record low temps? Nothing more than a great marketing opportunity in the north.
By Ellen Schneider
February 01, 2019

Minnesota's polar vortex of 2019 may have closed schools, grocery stores, and the U.S. Postal Service, but it was no match for some restaurants and bars. Local business cooked up creative ways to take advantage of the deep freeze. Take notes—it could happen again.

Travelers Inn Restaurant in Alexandria offered discounts on all meals, Tuesday through Friday. Patrons just needed to show a screenshot of the air temperature—the colder it got, the cheaper the meal. “If it’s 35 degrees below zero, guess what – bada bing bada bang – you’re getting 35 percent off,” owner Patrick Sieve said, in his best Jersey Boys accent, in a video posted to the Travelers Inn Restaurant Facebook page.

Sieve said he served 400 customers on Wednesday—the coldest night of the week— with most people receiving discounts of over 30 percent. “It was a pretty good discount, and people in Douglas County value a discount,” Sieve says. “There’s no doubt about that.”

On Tuesday and Wednesday, Celts Pub in Rosemount and Farmington offered a similar promotion: guests could take a percentage off their total bill equal to the degrees below zero at the time of payment.

Kristy Geraghty, the manager of the Rosemount location, said she came up with the idea as a way to entice customers despite freezing temperatures – and it worked like a charm. “Our sales were better than they normally are,” Geraghty says. “You’d think it would have been dead.”

If you weren’t in the mood for a hot meal, Mortimer’s in Minneapolis offered temperature-driven discounts on beer. “Let’s cheer for record cold!” read a post on Mortimer’s Facebook page. In St. Paul, Pajarito offset Wednesday’s record cold with free tequila shots.

At Young Joni in Northeast, no discount was required—the promise of artisan pizza served in the warm, cozy glow of a brick oven fire proved enough of a draw. Hearty patrons waited as long as 45 minutes for a table on the coldest nights this week.