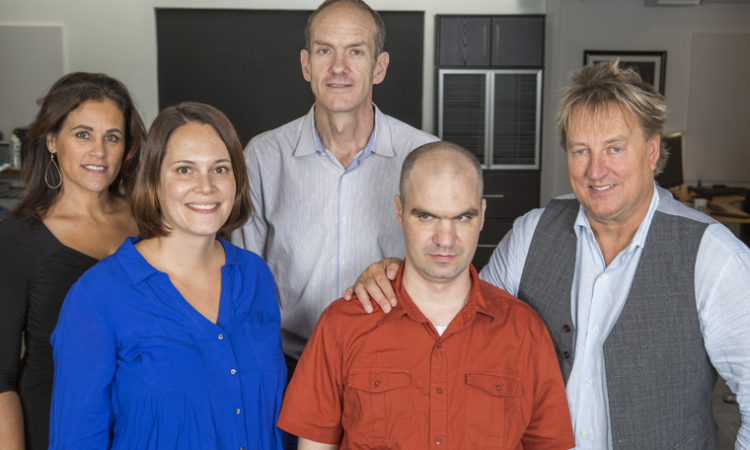 How Minneapolis-based Accessible360 is Updating the Internet

Accessible360 is helping to open up the internet for the disabled, creating potentially new opportunities for businesses in nearly every industry.
By Gene Rebeck
November 27, 2017

Jay Perrill has been designing and building websites since the early 1990s. “We’re the original pure digital agency here in the Twin Cities,” says Perrill of his company, Minnetonka-based First Scribe, founded in 1994. “We’re one of the first agencies to design a website, believe it or not.”

Perrill also knows that in his business, there are always new tricks to learn. In the past year, First Scribe, whose wide range of clients includes Park Dental, Polaris and TruStone Financial, has been getting a lot of calls from clients asking about something called website accessibility.

When most of us think of federal Americans with Disabilities Act (ADA) regulations, we think of public restrooms that can accommodate wheelchairs or elevators with buttons in Braille. But in the past few years, the ADA has been used as a legal tool to make virtual space more accessible to those of us who are legally blind or deaf.

Though the ADA was passed in 1990, the idea of website accessibility has become a major legal issue only recently. True, Minneapolis-based Target Corp. paid out $6 million in a class action settlement with the National Federation of the Blind back in 2008. Since websites were unknown back in 1990, the ADA is a less-than-useful guide to digital accessibility. In the past couple of years, law firms and clients have found that the ADA can be used to sue all kinds of businesses over website accessibility. And they’re winning.

That has many of Perrill’s clients worried. And it has local serial entrepreneur Mark Lacek fired up about yet another venture.

Lacek is president of Minneapolis-based Accessible360 (A360), a company he co-founded and launched in October 2016. Accessible360 helps its business clients remediate their websites so that people with disabilities—particularly those with hearing or sight difficulties—can access the information there.

A360 has gotten off to a fast start. It has worked with companies nationwide “in almost every vertical,” Lacek says, including retail, financial services, fast food, banking, hospitality and health care. Clients include International Dairy Queen, Room & Board and Dash (the celebrity Kardashian family’s retail site), as well as website development companies including First Scribe.

It looks like another success story for Lacek, whose career began at Delta Air Lines predecessor Northwest Airlines. As Northwest’s marketing director from 1986 to 1991, he oversaw the creation of the airline’s WorldPerks frequent-flyer program, one of the aviation industry’s first customer-loyalty programs. In 1993, having struck out on his own, he co-founded The Lacek Group, which expanded the notion of loyalty marketing from airlines to hotels, telecoms and other B2C companies. Lacek and his partners sold in 2000 to London-based advertising giant WPP. (The Lacek Group, which has offices worldwide, is still based in Minneapolis, and still bears Lacek’s name.)

That’s not all: Lacek also has founded and sold a Wisconsin real estate development company. In 2007,
he co-founded two companies. One was Denali Marketing, a loyalty-marketing firm that was sold three years later and merged into what is now Minneapolis-based marketing agency ICF Olson. The other was BidPal Inc., a mobile bidding platform designed to help nonprofits raise funds online. (He still has an ownership stake in BidPal.)

Then in 2014, Lacek launched FamDoo, an online platform providing a kind of “modern allowance” system to reward kids with points for completing chores, schoolwork and other tasks. Those points could be redeemed through retailers such as Target and Amazon. Despite these types of partnerships, the business never quite took off, and he began looking for ways to re-engineer FamDoo and raise additional money.

Lacek says the eureka moment for his latest venture A360 came a couple of years ago while having lunch with a friend. The friend, an attorney, told Lacek that many of his business clients were being sued on grounds that their company website wasn’t accessible enough for disabled individuals.

It soon meant a new business as Lacek and his FamDoo team realized they had most of the digital skills in place in pursue a promising new direction.

It wasn’t an effortless pivot at first. Despite his extensive experience in tech and marketing, Lacek knew that website accessibility required new skills and knowledge—new to him, at any rate. “I was shifting to a completely different space,” he recalls. “A year and a half ago, I didn’t know this market existed.”

Still, Lacek and his team have deep chops in numerous digital platforms. They were able to apply that knowledge to the Web Content Accessibility Guidelines (WCAG) created by the World Wide Web Consortium (W3C), the chief international standards organization for the Internet. The WCAG provides “the guidelines by which we do all of our audits,” Lacek says.

For instance, under WCAG guidelines, blind people should be able to navigate a website using tab keys. “They have a screen reader that runs through a headset,” Lacek says. “It basically scans a website, picks up every word and reads it back to them.” Blind web users then can use the tab keys to move across the navigation bar and click on the category they’re looking for. Website developers “have generally not programmed for that,” Lacek says, but not because they don’t know how. “It’s simply that accessibility wasn’t a priority.

And that, as website developers and their clients can tell you, is changing.

“These guys really know their stuff,” Perrill says. A360 employs disabled people to do the actual site testing. “And they really know the law,” Perrill adds. “They really took the time to bring us up to speed. We had them present to a couple of our clients that were interested in this.”

Once a developer like First Scribe has designed a site, it sends it to A360 to check that it’s accessible. Once A360 auditors have signed off, they provide a verification badge the developer can slap on the site. It also performs updates every quarter or so. As Perrill notes, as a website evolves and the company make changes to it, “sooner or later, the site will get out of compliance.”

Lacek believes that companies should see website accessibility not as a burden but as a business opportunity. “There are 57 million people in the U.S. with disabilities and 49 million people today that are over the age of 65 who are most likely going to have some kind of disability,” he says. “Seventy-one percent of disabled people that come to a website that’s not accessible will immediately abandon it and never come back. Your brand is now out of [a potential customer’s] consideration.”

But there’s good news. “To become accessible and stay accessible is not a huge cost,” Lacek says.

If, say, an e-commerce website can “talk” to blind consumers, letting them know about sale items and other deals, that can mean more customers for what is “a very simple fix,” Lacek says. The same is true to sites that can provide closed captioning for videos or bump up font sizes for readability.

Lacek sees website accessibility being as big an opportunity as loyalty marketing was some 25 years ago. A360 doesn’t have a lot of competition—“it’s a very complicated and difficult space,” he says.

And auditing could be just the start. “Most of what we’ve been doing is going in and fixing problems that already exist,” Lacek says. “The real opportunity in the future is to be there with the company proactively.” In other words, making the site accessible before it goes live.

The potential market could be huge. “I’d say 90 percent of websites out there are not accessible under WCAG guidelines,” Lacek says. “I feel like we’re catching the wave. It’s been a really good find for us.”