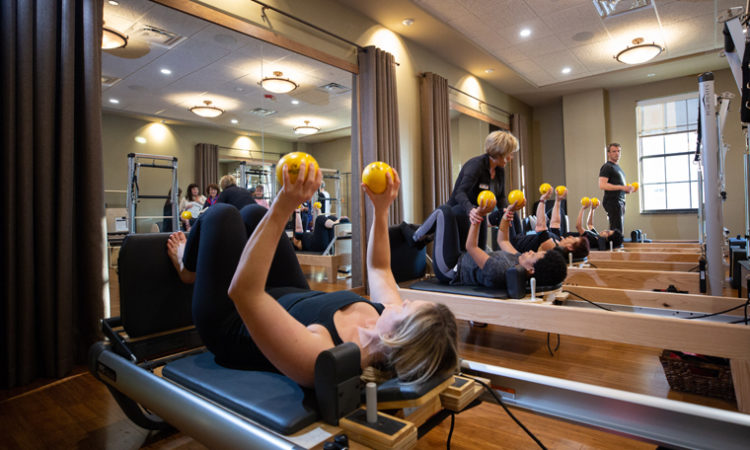 Life Time members take a pilates class at one of its gyms. (Photo from Life Time)

The Chanhassen company, best known for its chain of gyms, is opening co-working spaces while also developing large-scale luxury apartment complexes.
By Sam Schaust
May 08, 2018

In its quest to become a conglomerate of premium experiences — from its gyms to its new co-working facilities (and soon, its luxury apartments) — Life Time is spending less time drawing influence from competitors and instead taking a page from one of the companies it admires most: Disney.

“If you think of Disney — they have exceptional theme parks, exceptional movies, exceptional cruise lines — and that is what Life Time is building,” says Michael Burgess, president of sales and marketing, as well as chief digital officer, of the Chanhassen-based company known foremost for its chain of premium gyms. “We want to create an exceptional experience for our members, and the best way [to do that], we believe, is by creating these luxury athletic country clubs and resorts; these elevated work spaces; and exquisite, healthy way of life villages.”

Life Time’s transition into building a cohesive, premium lifestyle experience, which it divides into three business arms — Life Time Athletic, Life Time Work and Life Time Living — was kicked off last year when the company dropped the “Fitness” from the end of its name. Now, Life Time is beginning to unveil specifics behind its grand plan.

Most recently, on Thursday, the company opened the doors to its first Life Time Work facility in Ardmore, Pennsylvania. The new location features a number of amenities, including private and open-plan work spaces, conference rooms, secure storage spaces, an outdoor terrace and a kitchen stocked with coffee and healthy snacks. Each one of the Life Time Work co-working spaces is set to offer three levels of membership that, as a perk, provide users access to the more than 130 Life Time Athletic locations in North America.

Memberships range from $375 a month for “lounge” access to open work spaces throughout; $550 a month for a resident desk space; and up to $600 for a dedicated desk with an office at the Ardmore facility. However, memberships — of which over 100 were made available — sold out before the doors even opened.

Then, this week, Life Time announced its co-working concept would next be appearing in the Twin Cities with three locations: in St. Louis Park, downtown Minneapolis and at the Southdale Mall in Edina. (Late last year, Life Time had announced only the Southdale location would become home to a Life Time Work facility.)

“We really value our home here and we want to make a big statement with Life Time Work,” says Burgess. That effort already appears to be a success as within 24 hours of the waitlist’s launch for the Twin Cities locations, “we have many, many hundreds of people” signed up, Burgess adds. 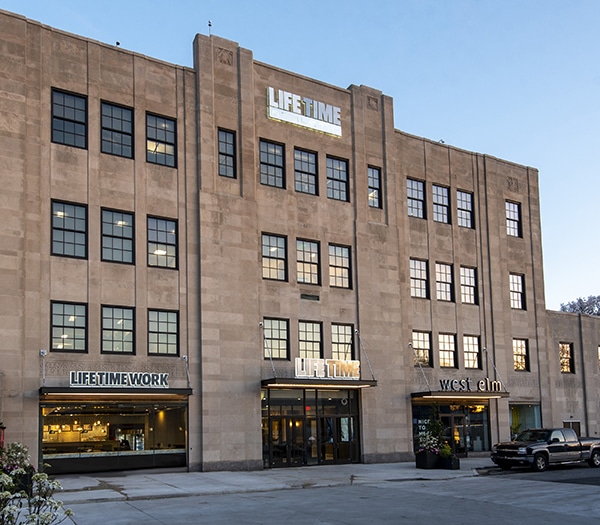 Generally speaking, Life Time is aiming to keep the Work, Athletic and (eventually) Living facilities within close reach of one another. This takes place on a case-by-case basis, though, as not all existing Athletic or Work locations have nearby space available to build full-scale healthy lifestyle villages.

“The location in Ardmore doesn’t have the space adjacent to it to put in a Life Time Living [luxury apartment complex],” says Burgess. “But for example, in Green Valley in Las Vegas, we have a lot adjacent to the club where [Life Time CEO Bahram Akradi] is building a Life Time Living and Life Time Work. We have a number of opportunities like that on our existing properties and Bahram is already exploring a lot of others,” like in the Midtown district of Dallas. 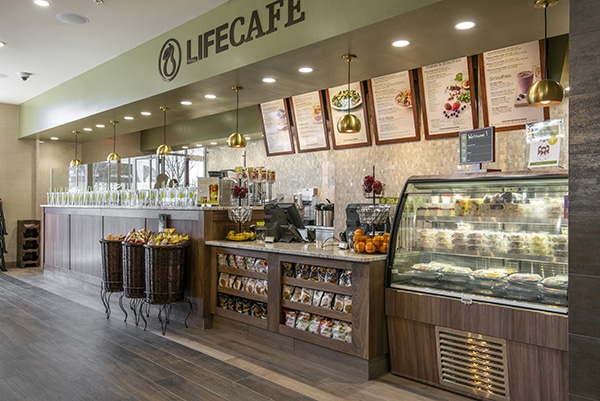 Not only is Bahram spearheading these focused Life Time initiatives, he is also working intensively with the company’s architecture team to align the look and feel of every facility within its Work, Athletic and Living divisions. While ambitious, the company’s new co-working spaces face one major issue: profitability.

“Bahram’s point of view is true today and he believes in building the member experience first and foremost. That is more important than making money in the short run,” says Burgess. “We’re willing to not make money as needed to get the experience right, but I think we’re proving the experience is great and it’s attracting people quickly.”

Burgess does anticipate that as more Life Time Work facilities pop up the venture will become a financial success within the next few years.

In the meantime, Life Time will be developing its next set of locations in the Twin Cities, which are all expected to open in 2019. 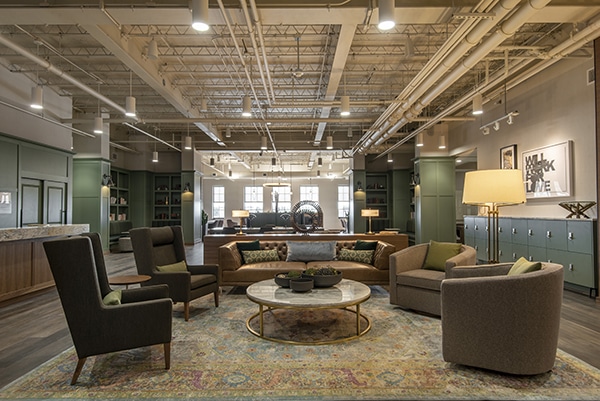 An inside view of the Life Time Work facility in Ardmore, Pennsylvania. (Photo from Life Time)