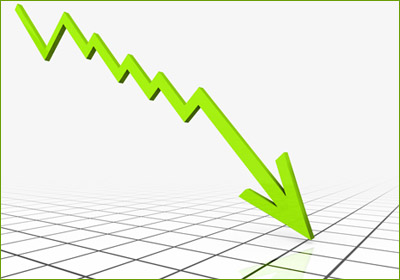 How Did Minnesota Businesses React To Monday’s Stock Market Hit?

Technology companies felt the worst of the effect, however restaurant chains didn’t feel much of a shift.
By TCB Staff
September 03, 2015

Businesses around the globe have felt the stinging effects of China’s economic slowdown. The Dow Jones Industrial Average plummeted by more than 1,000 points at the opening bell on Monday. Minnesota businesses weren’t immune, with some company’s stocks slipping as much as 18 percent compared to closing Friday prices.

Yet, despite the drop in prices in the morning, most local businesses have made a recovery of sorts. Maplewood-based Imation and Fridley-based Medtronic, which is technically headquartered in Dublin, faced the steepest drops. From the time of publication, Imation slipped more than 8.5 percent from its Monday opening, and Medtronic dropped nearly 6 percent.

Dave Vang, a professor of finance at the University of St. Thomas, said the dip in prices could be looked at as more of a market correction. With Medtronic, “for a number of years there has been a glut of medical technology manufacturers in the industry. So when there starts to be some major selling in the market, they were sitting in the industry with some excess supply.” Vang said the same trend applies to Imation.

Most every major Minnesota business’ stock fell by one or two percent, but food chains based in the state, such as Famous Dave’s and Buffalo Wild Wings, fared the best. Vang said that was because of the inability for China’s economic struggles to invade hometown eateries. “They don’t export the wings—you dine locally,” he said. “If anything, that’s a function of how major local economies are doing.”