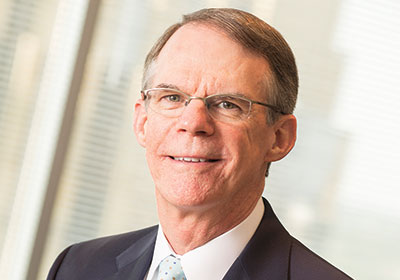 A utility as well as a publicly owned company, Minneapolis-based Xcel Energy, Inc., knows very well what it’s like to operate under the public microscope. As chairman, CEO, and president of Minneapolis-based U.S. Bancorp, Xcel Lead Independent Director Richard Davis is also quite familiar with that kind of scrutiny.

This year, Xcel Energy has been in the headlines a great deal. It was facing the possibility of a ballot measure in Minneapolis that would allow the city to explore running its own electric utility. Activists and some city politicians have criticized Xcel Energy for a lack of commitment to alternative energy sources, arguing that citizen ownership would allow the city to better pursue green energy goals. Opponents of the measure retorted that the city was financially unprepared to take on the burden of running its own utility. The effort lost steam in early August, but made for a something of a long, hot summer for Xcel Energy.

To Davis, the debate illustrates that the utility needs to do a better job of communicating its commitment to new sources of energy. “It was a lesson learned there,” he says. “As a board member, for me, it was to help management tell the story better. Any board should always be out there advocating for their company. Xcel Energy . . . has been receiving honors for years as the nation’s largest utility focused on alternative energy, particularly wind.” In August, Xcel Energy wrote Minneapolis Mayor R. T. Rybak to propose working with the city to explore ways to increase green energy usage and decrease greenhouse gas emissions, among other goals.

Advocacy is a part of a director’s job, but it’s just one of many. “A board member does a lot more than people might think,” Davis notes. “They don’t just wake up once every 90 days, pop into an office for four hours, listen to the overseer, and walk out.” To the contrary: “A really, really, really good board member does an amazing amount of homework and they’re studying all the time,” he says. “And it takes hours, multiple hours, before every board meeting to prepare and to read the materials ahead of time and be prepared to ask questions.”

Though banking and utilities differ in significant ways, there are useful similarities, too. “Energy and banking do have a lot of parallels in that they’ve both been regulated forever,” Davis says. “They’re both highly scrutinized.”

Davis has served on the Xcel Energy board of directors since 2006; in 2012, he became lead independent director for the utility’s board. “A good lead director position is no different than the same roles and responsibilities of a more traditional chairman of the board,” he says. “The job descriptions would look identical.”

In addition to his insight and advocacy, Davis brings a stewardship mentality to his board service. “First and foremost, it’s an elected position representing the shareholders of the company. That’s the most important tenet,” he says. “You are an overseer of the CEO and a guide to the management team.”

It’s leadership that Ben Fowke, Xcel Energy’s chairman, CEO, and president, relies on. “Richard Davis is a tremendous asset both to the Xcel Energy Board of Directors and to me personally,” Fowke said in a statement emailed to Twin Cities Business. “He leads by example in being prepared, open, and frank, and brings his keen business and community sense to the table every meeting,” In addition, Fowke said, “I personally have benefited from Richard’s guidance and insights, and am grateful to have a person of such high integrity serving as lead director on our board.”

What’s particularly remarkable about Davis’ dedication is that Xcel Energy’s board is by no means the only one he serves on. He has become a high-profile civic leader since becoming CEO of U.S. Bancorp in 2006. Among the dozen other boards he sits on are those of the Itasca Project, the Minneapolis Institute of Arts, and the Minnesota Orchestra. Like Xcel Energy, the orchestra has been on the front page a great deal this past year. Davis’ role as chair of the orchestra’s negotiating committee has sometimes made him a focus for criticism of the protracted labor discussions and lockout of the orchestra’s musicians. He notes, however, that he is just one of 83 members on the Minnesota Orchestra’s board.

“The board is supposed to represent the patrons,” Davis says. His goal “is to have an orchestra 109 years from now, and not one that can’t afford to manage itself over the next few years and goes out of business in the near term. That’s what we’re focused on.” In other words, Davis is keeping an even closer eye on his work than the public is.