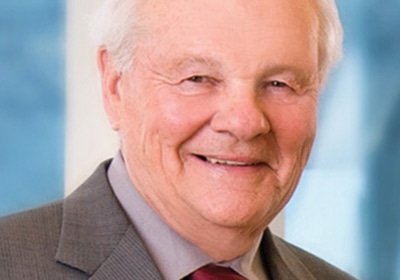 In the Davis family, you take what your elders started and build it into something even greater. It’s what Mark Davis did when he grew his father’s modest creamery into Davisco Foods International, a $1.1 billion dairy operation and one of the world’s largest manufacturers of whey protein, milk, and cheese. Now his sons are doing the same business-building with several other entities, including quartz manufacturer Cambria and Sun Country Airlines.

With a willingness to diversify, a tendency for straight talk, and steadfast support for his employees and suppliers, Davisco has its headquarters in LeSueur and employs 1,650 people. “You get a good group of associates or employees, and they make the leader look good,” Davis says. “You try to see who can perform and work with other people, and most of the time I’ve been lucky to get those decisions right.”

Davis learned well from his father, Stanley, who started it all when he bought the St. Peter Creamery in 1943. In addition to learning the ropes at all levels, Mark absorbed his father’s philosophy to bring family on board but not be their direct boss. Davis always worked under the management of someone besides his dad, and he did the same with his kids.

Today, several third-generation Davises work at or lead family business. Son Jon is Davisco president and CEO, while his brother Marty serves as Sun Country chairman and Cambria president and CEO. From the beginning, Davis aimed to teach them several lessons: “Be thorough and verify any information that comes to them from their associates. Make sure they have quality product and participate in the community. Don’t compromise your beliefs,” he notes. “And keep your customers happy.”

During his career, Davis made it a tradition to be entrepreneurial. In the 1970s he took a trip to Europe, where he toured several factories and suppliers. Making note of their energy-efficient and superior equipment, as well as unique offerings like whey protein, he soon brought these advancements to Davisco. Before long, Davisco switched from butter to cheese and started selling whey, which had been considered junk.

These moves paved the way for the company’s current success. It produces 1 million pounds of cheese daily (serving as one of Kraft’s biggest suppliers of cheese), 456 million gallons of milk a year, and more than 10 million pounds of whey protein isolates annually, which account for 65 percent of the product sold worldwide.

Looking back on his lengthy career, one accomplishment stands out for Davis: “I’m proud of our many employees that represent families—we have multiple family members in the business who have long seniority and longevity here.”