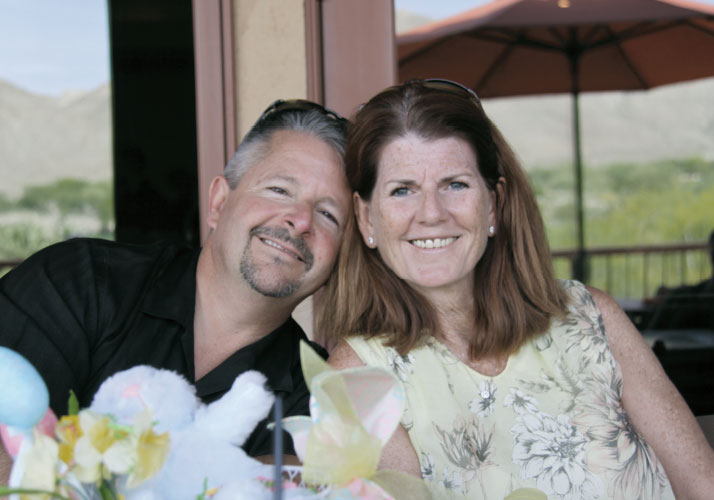 The Bames are engineering their “family of businesses” to stay in the family.
By webpublisherpro
| April 01, 2020
Acceptance SpeechProfile Video

The oil and gas industry often gets a bad rap, but Christian (Chris) Bame, CEO and chairman of Lubrication Technologies Inc., says that people should take another look.

“What we do makes the world go ’round,” says Bame, whose family has owned the Golden Valley–based petroleum products and services company known as Lube-Tech since 1972. “There’s no part of the economy that our industry doesn’t have something to do with.”

A “Family” of Businesses

For example: Lube-Tech provides the product used in seven out of 10 oil changes in vehicles in Minnesota. It engineers and blends lubricants and chemicals for a customer list that includes Polaris, Toro, Bobcat, and Husqvarna. Its oils lubricate the machines that New York–based Seneca Foods (which has operations in Minnesota) uses to remove corn from the cob. It even makes a type of oil that cuts the parts to make pacemakers for Medtronic.

“They have a great product, and they stand behind their product,” says Ronald Ames, president of Burnsville–based Ames Construction, which has used Lube-Tech as its petroleum supplier for more than 25 years. “It’s clear that employees mean more to them than they might in a big corporation, and I see that paid back in the loyalty of employees. They’re more hands-on and willing to work one-on-one with customers.”

Lube-Tech’s family history began in 1972, when Fred H. Bame, Chris’ father, purchased Gopher State Oil Co. of Minneapolis and expanded it to become Minnesota’s leading automotive lubricant distributor. In 1993, Chris Bame and his wife, Marna, acquired the company’s industrial and fleet lubricant distribution business to form a new company, Lubrication Technologies, which has grown both organically and through acquisition.

Chris Bame describes Lube-Tech’s 1997 purchase of Roseville–based Rollins Oil Co. as one of their most memorable acquisitions. Rollins supplied fuels and lubricants to the construction and trucking industries; it also sold home heating oil in the Twin Cities. Rollins, Bame adds, “was bigger than we were at the time, and that was a pretty big bite. It was a huge lesson.”

The lesson Lube-Tech learned: Don’t let an acquired company remain a separate entity for too long, unless you want to deal with culture clashes. (Rollins was also a family business.) “It needed to become a part of Lube-Tech right away,” Bame says. Instead of the year to 18 months it took to “blend” Rollins into its business, Lube-Tech now typically integrates ts name on an acquired company within 90 days.

Five Bame children or spouses now work in the family business, but they’ve all adhered to the strict policy that they must work somewhere else first before coming to Lube-Tech. Another rule: No single family member can report to another. “But with so many divisions and businesses, as long as you’re a fit with the Lube-Tech culture, there will be an opportunity for you,” Chris Bame says.

Bame describes Lube-Tech as a “business of families,” noting that many generations of employees’ families also work for the company. The outreach to future generations of employees includes a “feeder program” of summer and holiday job opportunities, as well as participation in philanthropic activities. This month, Lube-Tech hosts its 13th annual Troop Pack, which attracts 400 employees, customers, business partners, and their families, who volunteer to pack 1,200 holiday gift boxes for troops stationed overseas.

The family has established the Ohana Mau Loa Trust, whose name means “family forever” in Hawaiian. “Marna and I went there for a friend’s wedding 18 years ago and just fell in love with the people and the place,” he says. “We bought a place in Hawaii where we go to recharge our batteries as a family. We think of ourselves as Minnesotan-Hawaiians now.”

Ohana Mau Loa is a dynasty trust, created in perpetuity in South Dakota. (It’s the only state that allows these kinds of trusts, which guarantees the trust will remain in the family.) The trust will eventually hold all the businesses of Lube-Tech and the Bame family. “We knew we couldn’t sell the company to our children, because it’s too big now for them to be able to afford it,” Bame says. “And we wanted to be a family business that goes on for generations, like the Bachman family locally, with their floral and garden business.”

Bame proudly shares his family’s foundational beliefs, which emphasize a mission to do good in the world that is rooted in the family’s Christian faith: “Our philanthropic responsibility flows out of wealth from professionally managed entrepreneurial businesses that are ecologically sustainable.” Speaking of sustainability, Bame says, “I think that 100 or even 200 years from now, Lube-Tech will be here. We might be involved in things like fuel cells or nuclear energy—who knows? But we’ll be here, making tomorrow a little bit better than today.”