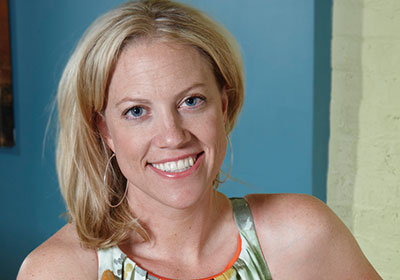 Heather Manley’s approach to business success boils down to making the most of what is handed to her. “I could be selling pooper scoopers right now and I’d be in every Wal-Mart you could find,” she says.

Fun Fact: A Minneapolis Bacon Takedown champion, she recently went to Las Vegas and took third in the top 50 competition of the World Food Championships.

In 2008, Manley and her brother, Sean, took over their father’s IT staffing firm, On-Demand Group. Although it had been around for 12 years and had $1.6 million in revenue, it also a mound of debt. She says she saw it as a fun and creative chance to turn a stagnant family-owned startup into a lucrative business.

Five years later, On-Demand Group’s 2013 revenues were just more than $7 million, and it’s growing fast; on average, it has grown 20 to 40 percent a year since Heather became CEO and her brother took over as COO. They have since doubled staff and tripled clientele.

One meeting with Manley and you can see why the 36-year-old is the face of the business: She has a bubbly personality and hearty laugh. Although Sean is 5 years older, sibling hierarchy didn’t carry over into the business; she negotiated a 51/49 stake because she wanted the business to be woman-owned.

Her lifestyle reflects her desire to take on the project. “I’m not married and I don’t have kids,” she says. “I can do whatever I want and I’m completely satisfied.”

After receiving her bachelor of fine arts in photography, working in management stints at Herff Jones and Cable Imaging, she says she wanted to drive and grow a business. She went for an MBA through the online University of Phoenix, and then hatched her plan.

“I always bugged my father about working with him,” she says. Her dad, who owned another business before ODG, had been her mentor growing up.

Founded in 1996 by Heather’s brother Noel and their father, On-Demand Group changed hands in 2003 when their father bought the remaining shares for full ownership. When Heather and Sean came on in 2006, they joined their father and their mother, who has been the office manager since the company’s inception, to complete the internal staff, which served a handful of clients.

By this point, their father had longstanding client relationships but wasn’t bringing in any new business. So Heather and Sean took the reins and launched a marketing campaign. They rebranded and forged new relationships with companies where they placed their IT consultants. “I was out [meeting clients] for breakfast, lunch and dinner every single night for the first few years,” she says.

Over the next four years, their internal staff grew from four to 10, and their clientele from five to 60. Emphasis was placed on networking in the local IT community and updating the office’s recruiting technology, including implementing recruiting and customer service relationship software. Every penny in profits, she says, was invested back into the company.

Now, the company has operations in South America and the Philippines to provide Java, mobile and cloud development and quality assurance services for their clients in Minnesota.

After making these improvements, Manley says that in 2010, the company became debt-free and she was able to hire sales managers, recruiters and invest in technology. She says she also saw a significant jump in her personal net worth.

Not many siblings could work together so well, but Heather and Sean struck a balance. “We’ve never had an argument,” she says. Sean handles the operation process improvement, and manages the recruiting side of the business, while Heather focuses on branding, sales and business strategy.

“We’re very sarcastic and slightly inappropriate,” she says. “If you’re not having fun, then why are you doing it?”

In her spare time, gastronomy is her calling. She markets five spices under her brand, Heather’s Dirty Goodness, which are now in Kowalski’s stores. She says she made nearly $10,000 in revenue last year—not bad for a hobby.

She also won the Minneapolis Bacon Takedown with her bacon bourbon cupcakes, qualifying her for the World Food Championships in Las Vegas last year, where she took third place in the top 50 competition. It’s not surprising, then, that her plans for this year are to bring to market 1,000 bottles of her own brand of bourbon, which she plans to sell in local restaurants and liquor stores.

Since the entrepreneurial spirit was inherited, she says, she would have found other avenues for financial success had she not become involved in On-Demand Group.

“I probably eventually would’ve gone into business for myself, but for what, I don’t know,” she says. “What I realized is that I like money.”

She has bought 6 acres in Minnetrista, and has a house in Hopkins. “I’m a redneck at heart,” she says, adding that she drives a 2013 Jeep Rubicon where her two Russian wolfhounds sometimes ride in the back seat.

She says since she’s a relationship person, expanding her clientele and consultant base is what drives her—focusing on “headcount instead of just money.”

“I’m doing something that people think I work really hard at, where really, I’m just having a lot of fun.”