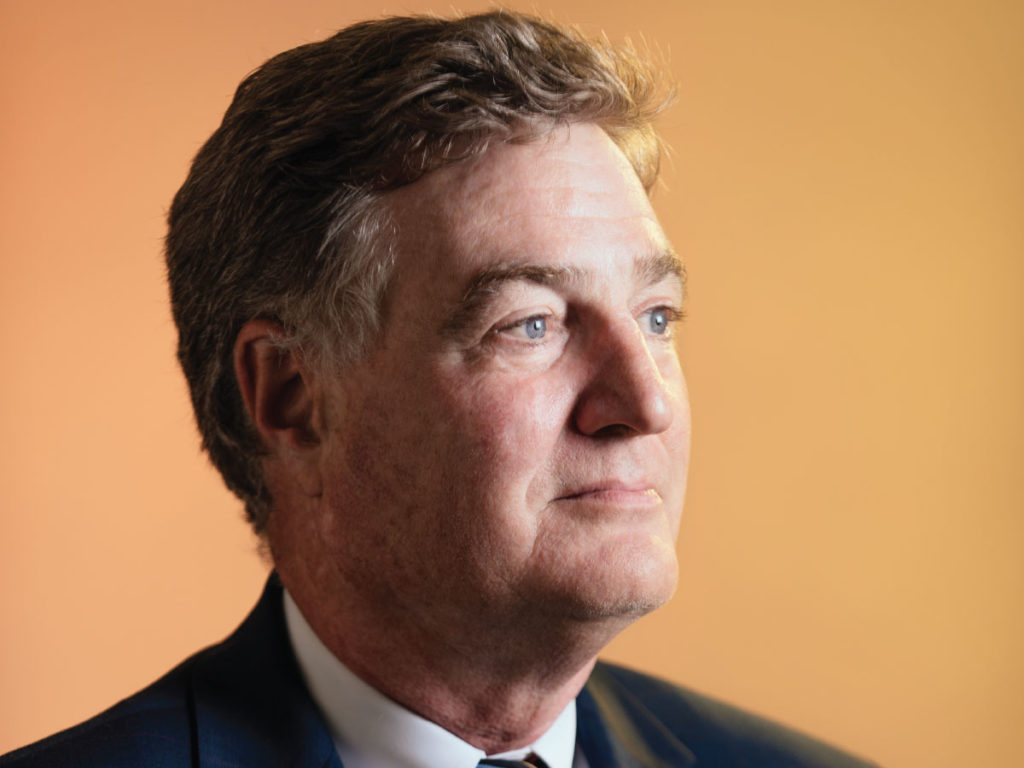 Mayo's Dr. Andrew Badley leads teams of clinicians and researchers in the fight against Covid-19.
By Adam Platt
| December 08, 2020

[Editor’s note: Mayo Clinic has announced that it will begin administering its first Covid-19 vaccines on Friday, Dec. 18. We’re resharing our profile of Dr. Andrew Badley, one of our three 2020 People of the Year, to give readers a closer look at Mayo’s journey from first diagnosis to treatments and vaccine administration.]

In 1991, when Canadian med student Andrew Badley arrived at Mayo Clinic as a resident in internal medicine, he had no thought that 30 years later he would still be in Rochester facing the deadliest worldwide pandemic in a century. But in February, when Mayo Clinic first started to grasp that SARS-CoV-2 was going to hit North America hard, leadership designated the 54-year-old Badley to lead the effort.

I was asked to coordinate our activity, what clinical trials we wanted to get, and then lobby to get them.

Those workstreams had much to do with the research priorities Mayo set on the fly as the pandemic emerged. “At the beginning, Mayo leadership realized there was no standard of care for treatment, let alone research trials,” recalls Badley. “I was asked to coordinate our activity, what clinical trials we wanted to get, and then lobby to get them.” For example, Mayo wanted access to limited supplies of the antiviral drug remdesivir. It helped that Mayo is a leading global institution in medical research.

“We wanted a portfolio of treatment options that spanned the breadth of the disease,” he says.

And though the pandemic is nearly a year old, there is much yet to do. “Even today, there’s no well-defined consensus on what drugs to use, when, where, and why,” says Badley. “Because of that, we’ve put together treatment review panels. Twice a day this group has met to review everyone hospitalized.” The panels decide on a course of care in consultation with the attending doctor. This effort spans Mayo campuses in Rochester; Scottsdale, Arizona; and Jacksonville, Florida.

Badley, born in Sydney, at the northern tip of Nova Scotia, returned to Canada for five years after his Mayo training, before being permanently lured back to Olmsted County in 2002. His roots are apparent in his telltale pronunciations of words like “against” and “sorry.” He has spent the bulk of his career studying the “immunopathogenesis of HIV and other infectious diseases, which is a natural fit for the study of COVID-19 and its treatment and complications.”

Despite the perspective, Badley says there’s not much that’s familiar in SARS-CoV-2, the technical name for Covid-19. “My belief is it’s pretty unique. The diseases it causes we’ve seen in other viruses. What appears to be unique is the ease of transmission and the lack of seasonality.” As a result, “I think we will continue to see cases of it for a number of years in the future.”

Badley says Mayo has been providing feedback to a number of states, including Minnesota, and to think tanks. He says part of that work is balancing infection control precautions and the economy. “When asked, we have advised. We, however, are not in a position to create mandates.”

Badley believes one underrepresented benefit of the spring lockdowns has been the strategic value of delay. In seven months, “drugs have improved and [Mayo has had] the opportunity to participate in clinical trials globally,” he says. “Early isolation measures caused incidence of disease to shift later and outcomes are likely better. And I think our ability to treat Covid will be better in six months than it is today.”

One thing many could not have predicted is the lack of consensus on how Covid is spread. Badley points to droplet transmission—“coughing and singing and loud voices.” He and most other sources now minimize the significance of surface transmission. But then there’s aerosolization, distinguished by tiny particles that float in the air longer than droplets. (Other experts, such as the University of Minnesota’s Dr. Michael Osterholm, believe the majority of Covid spread is aerosolized.)

The fact that the public is aware of these alternate theories and the studies that advance them—what Badley calls “the absolute flood of information in the public sphere”—is not making things easier for clinicians.

As Badley’s team planned Mayo’s attack on Covid, he had in his peripheral vision countries like Taiwan, Japan, and Vietnam, which managed their outbreaks with less societal dislocation and loss of life. Badley says the U.S. (and Europe, hit equally hard) did not know less but suffered from an information gap.

He believes the “controversies around the societal benefits and impact on transmission of all the interventions has clearly made a difference.” Especially in North America, “the uptake of [best practices] has not been as pervasive as elsewhere. That’s likely the biggest difference” accounting for the poorer outcomes.

But he has a sense for how the world will tame Covid-19. “It will require three things,” he says. “Enhanced [adherence to] public health and infection control procedures, enhanced therapies, and vaccines.”

Despite record levels of spread in Minnesota as this issue of TCB goes to press, Badley is bullish on next year and how the world is mobilized for Covid in 2021 compared with HIV in 1981. “We are so much better positioned now,” he says. “After years and decades of sustained biomedical research funding infrastructure, when Covid became a problem, we could sequence [a virus] in weeks. We had a portfolio of [existing] drugs that could intervene. [We had] federal funding for a platform to activate clinical trials quickly. It’s the consequence of decades of sustained funding,” Badley continues. “My hope is that should and will lead to better and more sustained funding [in the future].

Late 2021 should look very different from late 2020. Badley says it is too soon to know if Covid vaccines will be a home run (see polio), a 50-50 shot (see seasonal influenza), or a complete failure (see HIV/Hepatitis C)—“but we need equipoise in our expectations.”

He also asks for realism on medical therapeutics: “It is highly unlikely, given the complexity of Covid’s impacts on the body [liver, lung, kidney, vascular, and primary infection], that a single pill will be able to make you better. [But] there are a large number of drugs that we suspect will have a beneficial outcome for patients. Those trials are ongoing. Definitive proof will arrive in months to a year. This is not a game of quick answers.”

Still, Badley notes that each key step in conquering HIV—now kept in abeyance by a powerful and expensive combination of drugs—took anywhere from several years to a decade to complete. “Where we have come in Covid in seven months,” he says, “is pretty miraculous.”

Badley is modest and says it’s been an enormous team effort, but now “we have the infrastructure and we’re doing well.”

His close friend, Mayo transplant surgeon Dr. Patrick Dean, isn’t quite so modest about Badley. After all, miracles don’t come from eight-hour days. “Early on it was 20-hour days, now it’s probably 12- to 16-ish for his whole group,” he says. He describes Badley as “extremely intelligent. He has a very good understanding of virology. He’s very logical and focused. But he can also build a cabin in Wisconsin and he’s totally a friend you can call at 3 a.m. if you have a problem.”

Both doctors warn, ironically, about Covid become an overriding national distraction, because of course it already is. Badley says visits for pediatric vaccination, breast cancer screening, and prompt treatment of heart attack and stroke are all well off from the previous year. He urges people to see their doctors as if there were no pandemic. “It will be unfortunate if we finally get on top of Covid,” Badley says, “and we have more deaths from heart attack, stroke, or cancer.” 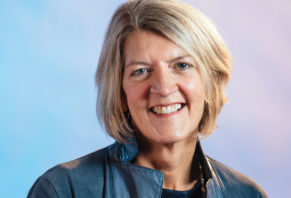 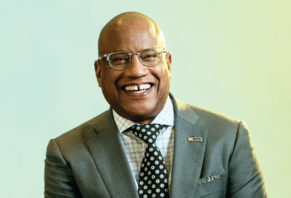