Homes Near Target Worth More Than Those Near Walmart

Homes in ZIP codes with Target stores were worth significantly more than those with a Walmart store nearby.
March 21, 2016 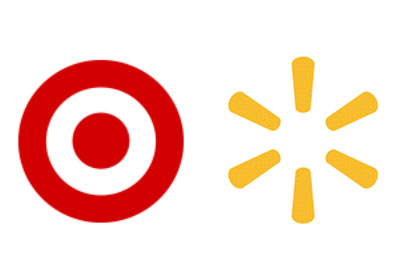 If you are a homeowner, you’re better off living near a Target than a Walmart, according to a new study.

RealtyTrac, an organization that collects real estate data, found that homes in ZIP codes with a Target—and didn’t have a Walmart—had more valuable real estate and saw bigger gains in value when the property sold.

Properties in a ZIP code with a Target had an average value of $307,286. That’s 72 percent more than homes in ZIP codes with a Walmart – they were valued at just $178,249 on average. Homeowners near Target also saw home values rise by an average of 27 percent during their tenure in their home—a gain of over $65,000—compared to the nearly $25,000 gain (16 percent) that homeowners near Walmart realized.

In general, homes near Target exceeded the national average, while those near a Walmart were below the average. Nationwide, the average value of a home was $215,921 and realized over $40,000 (22 percent) in value during ownership.

Of course, Target shoppers might be able to expect more (of their property values), but they’re not likely to pay less (property taxes). Homes near Target paid $7,001 in property taxes on average. That’s significantly more than home near Walmart ($3,146) and the national average ($4,283).

It’s likely that much of the difference is property values is correlation without causation. After all, Target’s demographics skew toward a wealthier clientele than Walmart. And Bloomberg notes that Target stores are more prolific in the West and Northeast, which are more affluent than the south, where Walmart reigns.