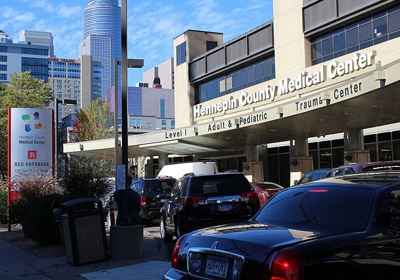 The announcement of job cuts follows a string of expansion projects the hospital has taken on over the past couple years.
December 15, 2016

Layoffs are expected at Hennepin County Medical Center in March, the Minneapolis hospital announced last Wednesday, saying it is struggling to overcome shrinking public reimbursement support and the rising cost of staff and medical equipment.

“While we have continued to see an increase in patient volume this year, as we finalize the 2017 financial plan it is clear that the increasing cost of salaries, wages, and benefits and the rising cost of supplies, equipment, and pharmaceuticals, together with public program reimbursements that are less than the cost of providing care, are contributing to the financial challenge,” the county-owned hospital said in a statement.

HCMC did not disclose how many jobs may be lost, or from which departments. Instead, the hospital said “the scope of the changes” would be detailed sometime between mid- to late-January.

Expansion of the hospital has been on a tear recently. About a year ago, it installed a $3.8 million helipad to the roof of its main hospital and, last April, it announced a North Loop location with a 7,660-square-foot facility in the TracktorWorks building.

The most ambitious project is its new 377,000-square-foot addition to the downtown campus. Currently referred to as the “Ambulatory Outpatient Specialty Center,” the facility will focus on specialty surgery services and include underground parking, as well as skyway and tunneled pathways to the existing HCMC campus buildings. The price tag for that project $224.6 million.

Earlier this year, HCMC also received a financial gift from Pat Fallon, the legendary ad man who passed away just over a year ago. That money was directed toward the hospital’s brain injury research program, HCMC said, due to a case in 2011 when Fallon’s son Duffy received treatment at the hospital after experiencing a brain injury from a hockey accident.

According to HCMC’s 2015 annual report, the company received more than $25.5 million from “sources of generosity,” which include government grants, income from retail investments, and individual support.