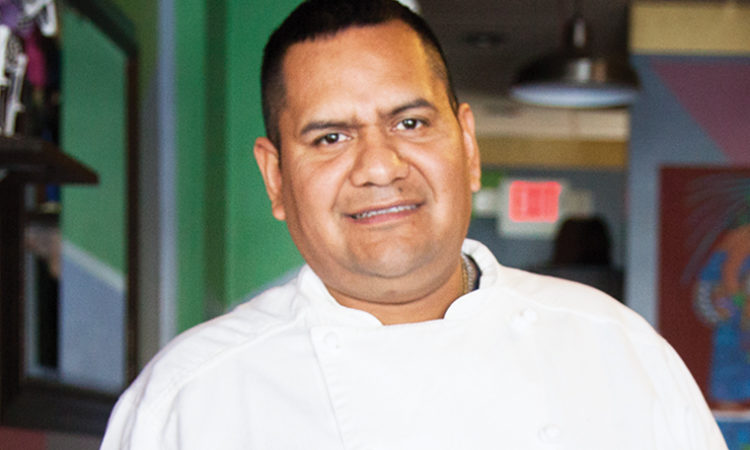 Hector Ruiz grows a restaurant empire in South Minneapolis.
By Adam Platt
May 15, 2019

Mostly these days, entrepreneurs and investors spend $2 million to open a restaurant they hope will do $5 million in revenue its first year.

But it doesn’t have to be that way.

They are small—the largest, CafÃ© Ena, has 75 seats, which Ruiz says is too big. They are mostly open just a few hours a day, and not every seat is warm on cold winter nights, when ceviche or tacos aren’t front of mind.

Ruiz, 45, first came to prominence when he took over Spanish/Caribbean El Meson on Lyndale Avenue in 2003. His current stable of four restaurants (Ena, La Fresca, Costa Blanca, and Rincon 38) was joined in April by Don Raul, an upscale Mexican eatery near 50th and Xerxes.

Ruiz emigrated from Mexico to the U.S. at 11. His mother was a cook and caterer, and he developed a passion for food in her kitchen.

As a practice, Ruiz’s goal is to invest no more than $250,000 in each new project (with a third of the labor his own), looking for three times as much revenue in the first year. He wants his debt manageable enough that his first three to five customers a night cover his nut.

Still, it’s no piÃ±ata party. His house was mortgaged for Don Raul. He relies on the Metropolitan Economic Development Association (MEDA)  for financing, and a retired Medtronic executive serves as a business mentor.

Not all his ventures have been home runs. La Ceiba in Powderhorn closed in 2016, illustrating the mysteries of the biz. “It looked perfect, but it was not the right location for me,” Ruiz says. “Customers did not come,” and those that did would not support the check average of $35 to $50 that he needs.

Revenue keeps the doors open, but Ruiz says it does not fuel his ambitions. “Money does not drive me,” he explains. “I love to work. I feel most comfortable in my kitchens.”