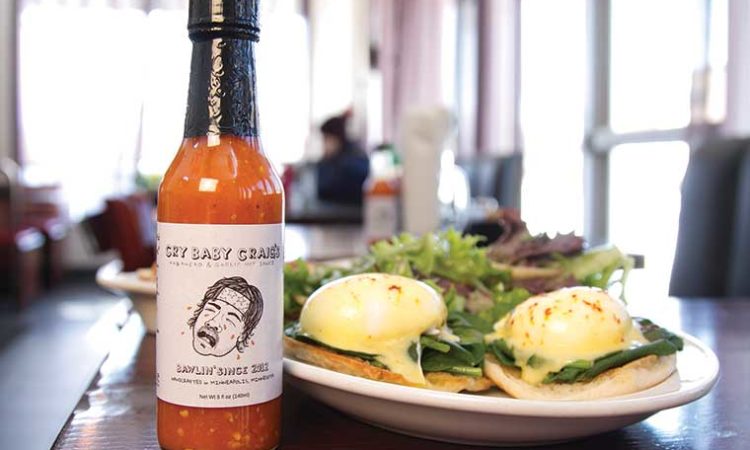 Growing up in poverty, chef Craig Kaiser learned to distinguish treasure from trash by scavenging in dumpsters for copper, cans, recyclables—anything monetizable. Later, Kaiser’s mentors at CafÃ© Maude in Minneapolis taught him how to find uses for food scraps.

So when Kaiser ordered jalapeÃ±os in 2012 and mistakenly received habaneros, he saved them from spoiling by pickling them for a hot sauce. In a few years, that sauce—Cry Baby Craig’s (CBC), named after Kaiser’s infant son—spread like wildfire.

In 2018, the business sold 100,000 bottles of hot sauce, Kaiser says. Of the 7,000 pounds of habanero peppers used, about half came from Minnesota. Over 100 retail locations sell CBC, and Kaiser has between 500 to 700 restaurant accounts. With gross sales at $25,000 to $30,000 a month, it pays the salaries of Kaiser and his business partner, plus four employees who each work about 25 hours per week. Online sales have come from all 50 states, plus Canada, Europe, India, and Brazil.

The only constraint has been a too-small Minneapolis production facility that lacks a loading dock, so CBC is moving to a roomier space in Faribault this fall. Kaiser has secured a loan for a fully automated bottling line.

Generally, hot sauces use a heated pasteurization process, Kaiser says. CBC is fresh, bright, sugary, and salty thanks to its pickling process. Kaiser’s hardships and successes stem from that process.

In the business’ first years, it faced roadblocks from government regulators accustomed to hot sauces that were cooked rather than pickled. The sauce received certification thanks to two long years of university field studies. For Kaiser, staying true to the pickling process has been worth it. “I knew if I changed the process … I would have come to market with a different product. It was important to me to stand up for how I make it.”

Kaiser has aspirations for new products using 100 percent locally grown peppers and to make inroads in Chicago and on both coasts. “I see us riding a wave of eventually becoming the crave, like sriracha was,” he says. “I want the entire world to try it.”