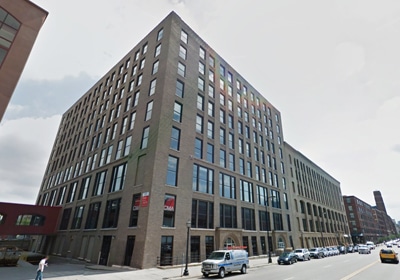 The medical organization’s CEO said its new clinic would offer both general care services and “several sought-after specialties.”
May 06, 2016

Hennepin County Medical Center said Tuesday that it would open a clinic and pharmacy in the TractorWorks building at 800 Washington Avenue North, a move that expands its care services to the burgeoning North Loop neighborhood.

The medical organization said in a blog post that its 7,660-square-foot space in Minneapolis “will blend high tech and high touch.” Its new clinic will offer general care services to treat illnesses such as a common cold, along with access to chiropractic care, acupuncture, nutrition and fitness programming.

“North Loop is the fastest growing residential neighborhood in Minneapolis and the people who live there have been asking for a local clinic and pharmacy to serve their health care needs,” said HCMC CEO Jon L. Pryor in a statement. “This new clinic will do that, and serve a broader need for several sought-after specialties for people who live and work in the area.”

HCMC’s move into the North Loop is not the hospital’s only downtown Minneapolis expansion in the works. Construction recently began on its new 377,000-square-foot ambulatory clinic and surgery center on the 700 block of South 8th Street. That $220 million care center is expected to open January 2018.

The North Loop clinic is expected to open later this year. It will be located on the first floor of the TractorWorks building, a popular office space that has attracted a number of new tenants recently, including logistics company C.H. Robinson and marketing firm FLM+.