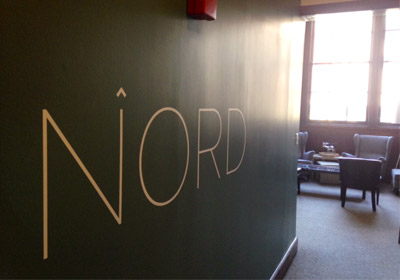 Nord, which also counts the Union Depot among its clients, relocated to an office space—which is more than three times the size of its previous headquarters—in the recently renovated transit building.
April 10, 2014

Although the new office space is a modest 1,523 square feet, that’s more than triple the size of the company’s previous space on Grand Avenue in St. Paul.

According to Stacy Duke, Nord’s director of projects, the company has grown every year since its 2010 inception and has increased from two employees to its current five.

Nord has seen a steady 10 percent growth in revenue every year for almost four years, said Duke, and she expects it will grow especially fast this year as the firm begins to create more of its own events in addition to providing public relations for events that are already established.

The company says it creates events that attract anywhere from 1,000 to 80,000 people. Its clients include Chipotle, Mystic Lake Casino Hotel, Visit Saint Paul, and the Union Depot itself.

“Our company was created to concept and produce community events and public relations,” President Sarah Weimar said in a statement. “It is only appropriate that we are relocated to St. Paul’s living room, Union Depot.”

Duke said the agency wanted a bigger space with more visibility, the convenience of being downtown, and access to light-rail transit for its employees.