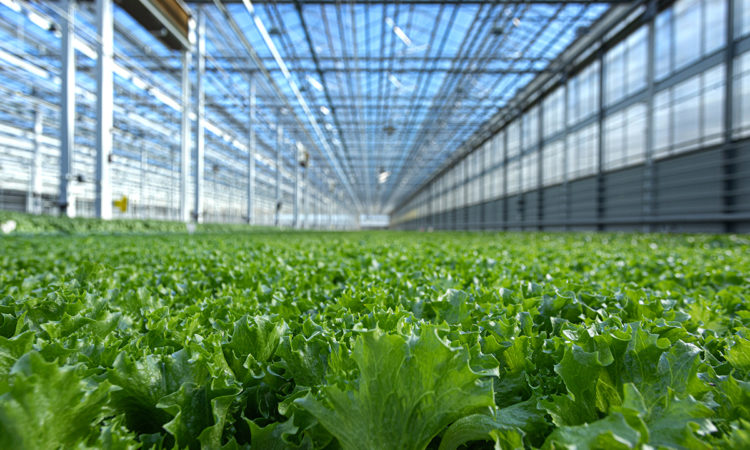 The company will use the funds to build a new facility in Texas.
By Dan Niepow
September 28, 2020

At full buildout, the Texas facility could span up to 80 acres. The $68 million raise will go toward the project’s initial 20-acre phase. Even at the first phase, the plant would be the world’s largest lettuce greenhouse, according to the company. CEO Mark Schulze said the company will likely build the facility somewhere in the Austin-Dallas-Fort Worth megaregion.

He was drawn to the area because it’s close to major population centers. The company’s ultimate goal is to make its greenhouse-grown lettuce available to a third of the U.S. population within 24 hours of harvest.

“There are about 20 million people within an hour of [Dallas-Fort Worth],” Schultze noted. “That’s a very large demographic. … So that drives a lot of the decisions. You want to be where the population zones are.”

Today, Revol Greens has just two facilities: a 10-acre greenhouse in Owatonna and another 16-acre facility in Tehachapi, California. The California greenhouse, which isn’t yet operational, is now being converted to grow lettuce. Schulze expects that facility to be ready for production by 2021’s second quarter. Like the Texas facility, the California greenhouse has room to expand. Schulze said the Tehachapi facility could one day grow to 64 acres.

In Texas, the jump from 20 acres to 80 would be a massive undertaking, but the company has experience scaling up operations. Its initial Owatonna plant, for instance, started out as a lowly 2-acre greenhouse before expanding into a 10-acre facility.

Meanwhile, the Texas greenhouse is slated to open in late 2021. The long-range goal is to operate five facilities total, Schulze said. For maximal customer reach, the next logical place for a greenhouse would likely be somewhere east of the Mississippi or in the northwest, he added.

Though the company hopes to expand geographically, there are no plans to expand beyond lettuce, Schulze said. In his view, Revol Greens has carved a niche in the lettuce market. He notes that less than five percent of lettuce sold in supermarkets is grown indoors. By his estimates, more than 90 percent of supermarket tomatoes come from greenhouses.

“The opportunity for growth in the lettuce area is much more significant,” Schulze said.

Revol Greens currently employs about 60 people in Minnesota, but that number is expected to bump up significantly in the near future. Within a year, the company could grow its total headcount to about 200, Schulze said. And once all three plants are operational, Revol Greens could employ as many as 650 people, he said.