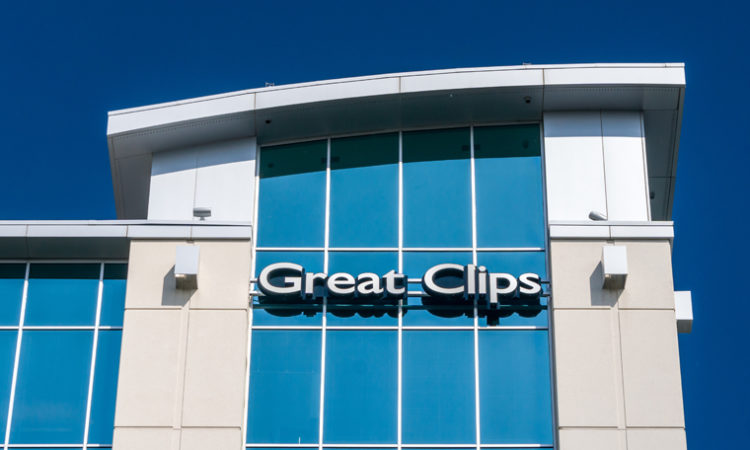 The agreement makes the Bloomington-based hair company the “Official Hair Salon” of the college sports league and gives it exclusive marketing and media rights.
By Amanda Ostuni
January 14, 2020

The deal designates Great Clips as the “Official Hair Salon of the NCAA,” giving it exclusive marketing and media rights for all 90 NCAA Championships, March Madness, and Men’s and Women’s Final Four games, according to a Great Clips news release.

But the title of “Official Hair Salon” isn’t a new one for the three-plus-decade-old, fully franchised company operating more than 4,400 salons throughout the U.S. and Canada. In May 2018, Great Clips was named the “Official Hair Salon” of the National Hockey League.  It kicked off that multi-year agreement with a special advertisement campaign amid the 2018 Stanley Cup Playoffs. A year later, the company was named as the official sponsor of the 2019 summer and winter X Games. (Great Clips has also for several years been the sponsor salon for Monster Jam monster truck shows.)

“Great Clips is always evaluating new ways to connect and engage with customers surrounding their passion points and in the communities in which we operate,” said Lisa Hake, Great Clips’ vice president of marketing and communications.

Hake added that by tapping into electric fandoms, like those of college athletics, Great Clips is able to “reinforce” how it “makes it easy to get a great haircut whenever and wherever customers are getting ready for game day.”

Great Clips will introduce the first NCAA-based national marketing campaign ahead of the 2020 NCAA Men’s Basketball Tournament in March.