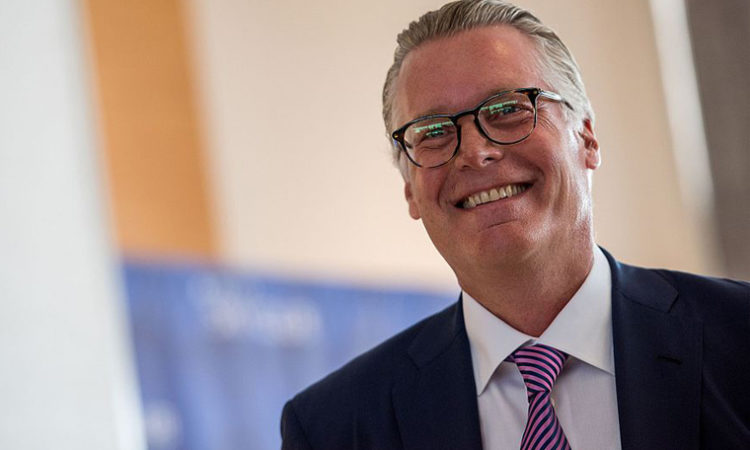 Delta CEO Ed Bastian discussed the impacts of the shutdown on Delta, citing long lines in airports due to dwindled staff, and a delay in launching its new plane.
By Amanda Ostuni
January 15, 2019

In an on-air conversation with CNBC on Tuesday, Delta Air Lines CEO Ed Bastian discussed the impact of the ongoing government shutdown on his company. He expects the carrier will lose about $25 million in revenue over the course of January, as well as delay the launch of its new aircraft.

“Government contractors and some government officials are not traveling the way they would anticipate because of the shutdown,” Bastian cited as a key reason for the revenue loss.

The partial shutdown – which has been ongoing since December 22 – has suspended work at federal agencies and left some 800,000 government employees without pay, including air traffic controllers and TSA agents.

On how the dwindled number of airport staff is impacting Delta particularly, Bastian’s comments were a mixed bag. He said there have been longer lines, including 90-minute waits in security queues at Delta’s flagship airport in Atlanta. Miami and Houston also reported similar issues. However, Bastian said other airports did not report such problems and the Atlanta airport was expected to return to normal Tuesday.

“I think from our perspective it’s going to be a manageable situation,” said Bastian.

He declined to tell CNBC what he thought would happen if the shutdown does persist much longer, but he did reference comments Delta published early Tuesday which called for officials to resolve their differences as soon as possible.

“We’re not taking sides in the debate, but we need to get the business moving,” said Bastian.

He also noted a second significant downside, in addition to the lost revenue.

“We’re having some certification delays in getting our new aircraft [the Airbus A220] brought onto our operating certificate because the FAA has shut down some of the inspector functions,” said Bastian.

But he later expressed optimism that the shutdown would end soon, and Delta would be able to launch the new plane model by the end of January, as scheduled.

Bastian’s comments on the shutdown come on the same day that Delta released its fourth quarter and fiscal year 2018 report. Over the last three months of 2018, the carrier’s revenue soared by a massive $700 million to $1.2 billion. For its full year, though, the company’s revenue fell $137 million year-over-year to $5.1 billion. Delta attributed the loss largely to higher fuel costs.

Nevertheless, Bastian shared a positive outlook for the coming year. He expects the company will drive double-digit earnings growth.

Delta serves nearly 200 million people annually, with major hubs around the world, including the Minneapolis-St. Paul Airport. According to tourism organization Meet Minneapolis, Delta Air Lines accounts for 80 percent of all airline traffic at MSP Airport.