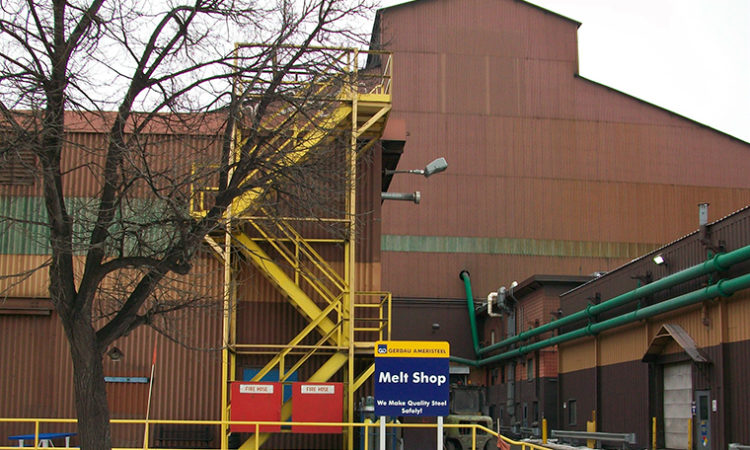 Gerdau Ameristeel is idling a large part of the operations at its St. Paul steel mill. In a letter dated April 28 to the Minnesota Department of Employment and Economic Development (DEED), the company notified the state that 222 workers at the facility would be permanently laid off.

According to the company’s letter, employees will be laid off in three groups: on June 30, July 31, and August 31.

Gerdau had previously announced the pending layoffs in a March 9 statement, but it drew little local attention at the time. At that time, it was estimated that it would affect 250 employees.

“The decision to idle part of an operation is never taken lightly, and we regret the impact this will have on our St. Paul workforce,” said Chia Yuan Wang, president of Gerdau Long Steel North America (GLN), in the March statement. “But we believe this is a necessary step to support GLN’s overall competitiveness and sustainability.”

The company is idling melting and rolling operations at the St. Paul mill, but will continue to perform “finishing processes” at the facility.

Notably, the decision to layoff St. Paul employees is not related to Covid-19.

“The idling was announced prior to Covid-19 restrictions, so it’s not attributable to the virus – although Covid-19 has had a negative impact on the markets that the St. Paul mill serves,”
said Adam Parr, a spokesman for Gerdau Long Steel North America, in an email to Twin Cities Business.

Parr did not have an exact number for how many employees would remain working at the mill, but said that it had previously employed approximately 300 people.

The company’s statement added, “Gerdau operates six other long product mills in the U.S. and three in Canada. The company will use its network of mills to support the entire product line currently offered out of St. Paul.”

Since March 16, DEED reports that it has received 593,810 applications for unemployment insurance. That number represents a staggering 20 percent of Minnesota’s workforce.

Parr acknowledged Pence’s visit last year but said, “This decision is about the health of the business, not politics. We appreciate the efforts of policymakers to promote steel production in the U.S., and Gerdau continues to invest and add jobs at its strongest assets. However, business conditions do not currently support operating the St. Paul hot end.”

The steel industry jargon term “hot end” refers to operations where metal is in a molten state or can only be worked with at high temperatures.