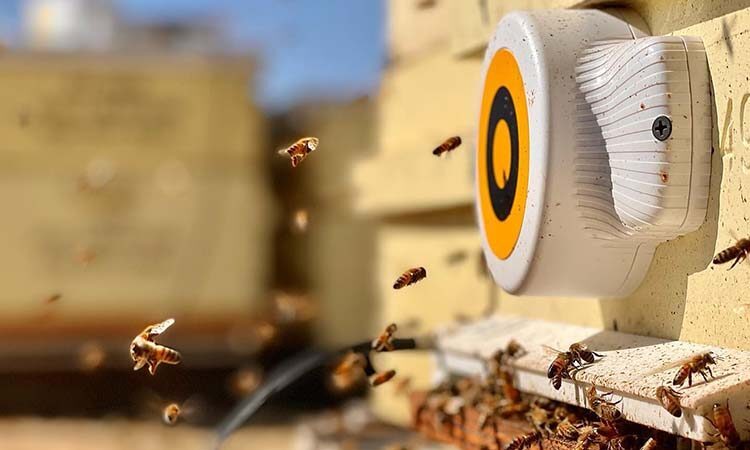 The Minnesota food giant was among the investors in a recent $42 million fundraising round for California-based startup BeeHero.
By Maya Marchel Hoff
December 09, 2022

Golden Valley-based food giant General Mills aims to tackle food insecurity with its latest investment. Last week, the company was named as an investor in a $42 million funding round for pollination monitoring startup BeeHero.

BeeHero, with dual headquarters in California and Israel, uses artificial intelligence and data analytics to track and monitor bees around crops and agriculture. The firm’s so-called “SmartHive” sensor technology collects data on bee activity, which in turn can help farmers gain a clearer understanding of how to improve and increase pollination, according to the company.

So far, BeeHero’s “Precision Pollination Platform” has been implemented on nearly 100 million acres of crops, according to the company. The company says it currently holds the world’s largest bee and pollination dataset. In addition to improving crop yields, Bee Hero aims to use its technology to address sustainability and biodiversity issues.

BeeHero’s $42 million raise included participation from Cibus Capital and Rabobank. The influx of funding will enable the company to further grow its Precision Pollination Platform and invest in data generation.

“This latest round of funding will help us continue to support the agricultural industry as it faces some of its toughest challenges yet, and is another step towards building a Sustainable Agriculture Ecosystem,” Bee Hero CEO Omer Davidi said in a news release.

General Mills made its investment through 301 Inc, the company’s venture capital arm.

Over the last year, 301 Inc has been more active than the last five years combined, Tran said. That includes a total of 12 investments toward food innovations just this year, according to Tran.

Every year since 2006, beekeepers have lost 30% of their colonies due to climate change, habitat destruction and pesticides, according to United Nations data. Pollinators play an important role in agricultural production and their population decline threatens 75% of the world’s food crops, the UN has said.