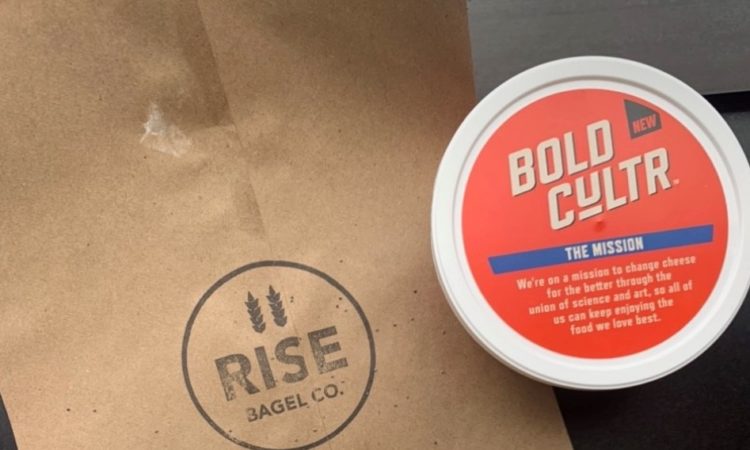 Rise Bagel Co. debuts Bold Cultr, a “cream cheese” that’s free of lactose and animal products, but is said to taste more like the real thing.
By Winter Keefer
March 08, 2022

Plant based diets are gaining popularity, as the ever-expanding grocery aisle of meat alternatives suggests. But non-dairy cheeses have been slower to catch on. So what’s a plant-based eater to schmear on a bagel?

That’s a problem General Mills is trying to solve through its new internal innovation lab, G-Works, launched in 2021. The G-Works team came up with Bold Cultr, a lactose and animal product-free cream cheese alternative. It launched at select Hy-Vee stores in November, but this week, it faces a potentially more discriminating market: bagel shop customers. Starting Wednesday, March 9, Bold Cultr will be on the menu at Rise Bagel Co. in the North Loop.

“It’s about elevating the whole bagel experience,” said Kate Lloyd, co-owner of Rise, a Minneapolis-based bagel bakery that touts its organic ingredients. “We’ve always cared about the quality of ingredients. We really care about sustainability and environmentalism, so we’re really excited about this partnership.”

Food giants like General Mills tend to acquire startups rather than growing them internally. But with a mandate to step up internal innovation, General Mills created G-Works to function like a startup team within the company, identifying holes in the marketplace. Demand for an alternative cream cheese surfaced in consumer surveys, said Laura Engstrom, co-founder of Bold Cultr.

The product’s target market is millennial and Gen Z “flexitarians,” a term used to describe the growing group of consumers who avoid eating animal products without swearing them away entirely.

Throughout the pandemic, 41 percent of 28,000 people who responded to a study conducted by OnePoll for Herbalife Nutrition reported making changes to their diet. Among those who reported changing their diet, 43 percent said they ate less meat and focussed on their fruit and vegetable intake.

Bold Cultr is “as close to cheese as possible,” Engstrom said, noting many alternatives don’t feel or spread the same as the real thing.

“Some alternatives, they don’t melt the same way,” she noted. “Consumers miss that. They want the real thing. They miss all of the things that make cheese so great.”

Bold Cultr is the result of “precision fermentation,” which General Mills had never before used on dairy or dairy substitutes.

“It’s very similar to how beer or kimchi is made,”Engstrom explained. “It’s using a fermentation process where we’re replicating milk proteins without the animal. Those milk proteins are really important to enable the same taste, texture and functionality as real dairy cheese.”

Beyond solving a dietary need, General Mills is playing up the sustainability benefits of a product like Bold Cultr.
“A lot of the consumers that we talk to are taking environmental science classes in college, or watching documentaries, or even watching TikTok videos and realizing the impact of mass agriculture on the environment and trying to take small step changes to make a difference,” Engstrom said. “That’s kind of the ethos of our consumer target.”

Bold Cultr is the third brand to come out of the G-Works program. Last summer, the innovation team launched Good Measure, a line of snack bars aimed at people with diabetes. Then there’s Doolies, a line of products to help kids with occasional constipation. Both brands are available at select stores. 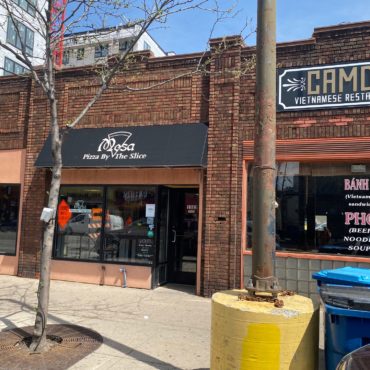