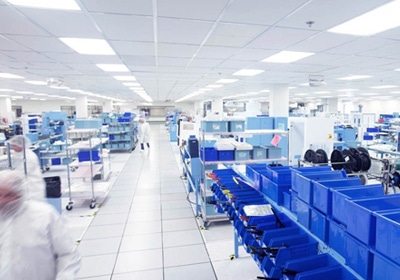 Chaska-based FSI International, Inc.—a maker of semiconductor surface-cleaning products and one of Minnesota’s 65 largest public companies—said Monday that it has agreed to be sold to a Tokyo-based company for roughly $252.5 million.

Tokyo Electron Limited offered to acquire FSI for $6.20 per share in cash—a 53 percent premium over Friday’s closing price of $4.04. Following news of the proposed deal, shares of the company’s stock were trading up more than 50 percent at $6.16 during Monday morning trading.

Both companies’ boards unanimously approved the deal, which is expected to close by the end of this year. Tokyo Electron intends to finance the deal with its existing cash resources.

FSI was founded in 1973, and it employs roughly 400. FSI Executive Vice President Benno Sand told Twin Cities Business on Monday that FSI will operate as a standalone subsidiary of Tokyo Electron and maintain its Chaska headquarters following the acquisition.

Sand said that FSI’s management team “will all stay intact.” A list of frequently asked questions regarding the merger, which was distributed to FSI employees, was filed with the U.S. Securitites and Exchange Commission (SEC) Monday afternoon. Regarding the company’s work force, the filing states that “integration planning will happen over the next several months.”

“Until the transaction is complete, FSI will continue to operate as an independent company,” and Tokyo Electron has “no current plans to implement employee layoffs,” according to the filing.

Following the merger, FSI will be renamed TEL FSI, Inc.

In addition to its corporate office, FSI operates a research and development center in Texas, as well as several international offices. Sand declined to specify how many FSI workers are based in Minnesota, but he said that about 125 members of its 400-person work force are based outside of the United States.

FSI makes cleaning and surface preparation equipment for semiconductor and microelectronics manufacturers. FSI Chairman and CEO Donald Mitchell said in a statement that the acquisition “represents a compelling opportunity for FSI shareholders, employees, and customers,” adding that the combination of FSI’s products and Tokyo Electron’s “market position, scale, and operational excellence” will allow both companies to better serve semiconductor manufacturers.

FSI reported revenue of $96.9 million for the fiscal year that ended August 27, 2011—up about 6.5 percent from the previous year.

Tokyo Electron is a publicly held company whose shares are listed on the Tokyo Stock Exchange. Its revenue totaled $7.7 billion for the fiscal year that ended on March 31.