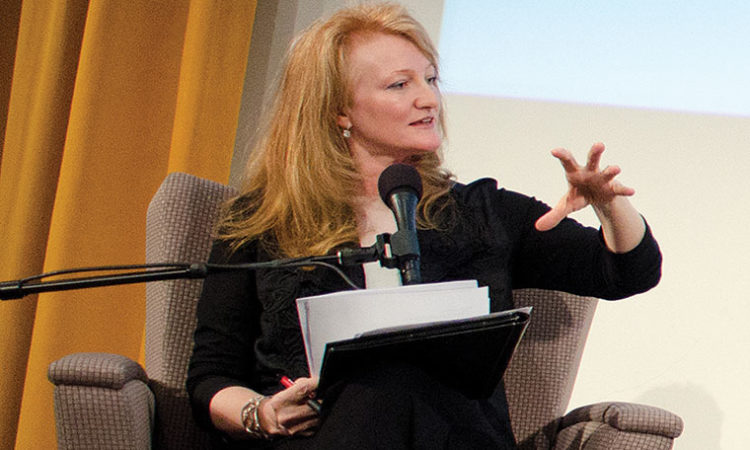 Public radio’s Krista Tippett and On Being expand their Civil Conversations Project.
By Sarah Lutman
April 02, 2017

Krista Tippett is host and executive producer of On Being, which she describes as “a social enterprise with a radio show at its heart.” A 2014 recipient of the White House National Humanities Medal, Tippett is known for probing interviews that explore the questions of what it means to be alive and how we want to live together. On Being is broadcast weekly on 400 public radio stations and in 2016 was downloaded 28 million times for on-demand listening. Full disclosure: I was an executive at American Public Media when we worked with Tippett to develop the show and launch it nationally.

Beyond the radio program, but equally distinctive, is the organization’s Civil Conversations Project. TCB spoke with Tippett at On Being’s offices on Loring Park in Minneapolis. We talked about the ways Tippett’s work is newly resonant and how On Being, a nonprofit, is adapting and growing in our contentious times. The interview has been edited for length and clarity.

TCB: Tell me about The Civil Conversations Project

We have been incubating it quietly since 2011. We’re finding that since last fall’s election, civil conversation is what people want. So we’ve created a standalone website, civilconversationsproject.org, and we’ve hired staff to make it a more active resource. Immediately after the election we created a resource called Better Conversations: A Starter Guide. It is meant for people in local places—neighborhoods, families and workplaces.

TCB: Didn’t you start the project with public conversations at the Humphrey Institute?

Yes. We did one with Francis Kissling and David Gushee exploring abortion (“Pro-Life, Pro-Choice, Pro-Dialogue”), and we did one on “The Future of Marriage” with David Blankenhorn and Jonathan Rauch. These were live events, taped for broadcast. They were both pivotal because even though the culture has progressed, the same conversations are still happening and remain vital.

TCB: Is the goal to find common ground?

We are very results-oriented as Americans. We want transformation to occur in one meeting.

But what I’ve learned from wise people I’ve interviewed is that where there’s deep and emotional difference, that’s not realistic. In fact, if you impose the requirement that you have to find common ground, you narrow what’s possible. I think what we’re trying to do, the learning curve we have culturally, is get away from the idea that we need to resolve our deep differences. Some of these deep differences are very entrenched, they have a lot of reasons that make profound sense on all sides, and they’re not going to be resolved any time soon.

TCB: So how can people discover their common stake?

People have to come together around what matters to them. Whether someone is left of center or right of center on any given issue, most of us have some questions alongside our answers. We have some curiosity and we really would like to understand what makes the other side tick. We would like to get into a trustworthy and safe space where we could ask some questions and get some answers. 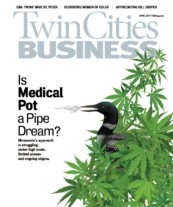 TCB: How do you practice? What do you say to a person who says, “I want to do better at this”?

We can’t expect to have a different experience if we just walk into the same kinds of meetings and debates. I am talking about physical space, but I’m also talking about psychological space. We have to carve out some different places where different ground rules are in effect.

We’re all too on edge to say to someone on the other side, “Come, I really want to understand you,” or, “Come, explain yourself to me.” But at this moment, people are reflective. They want to know “How have I been part of this? What don’t I know? What do I need to do better?” Part of the work now is to lean into these questions, to ask them and to ask them with others. Who do you know in your world who might be open to coming to this and just talking? Reach out to them.

TCB: We have a large Muslim population in the Twin Cities. Which programs might help people understand this religion?

Listen to the show we did called “Revealing Ramadan,” which was created from interesting and beautiful stories from listeners. Ramadan is a month long. It’s a very serious, intense observance. Anyone who has Muslim coworkers is going to see it. I don’t think we’re that comfortable—and maybe for good reason—when we’re in workplaces, asking our religious colleague to tell us about their holiday or “Tell me about fasting.” It could be really useful to send around [a link to the Ramadan program] in the workplace and say, “We have Muslim colleagues who are observing this,” and then see what else could spark conversations.