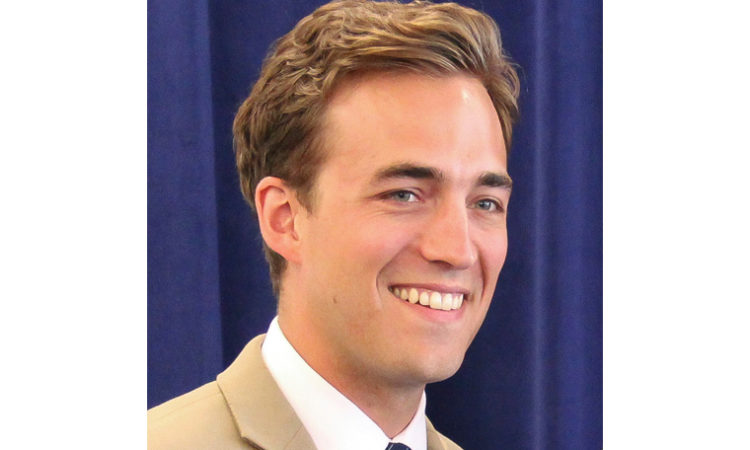 The Minnesota Hemp Association (MHA) has chosen Joe Radinovich as its executive director.

In the role, he’ll be tasked with helping grow the fledgling organization’s capabilities amid an increased demand for hemp, said MHA president Charlie Levine in a statement. MHA is a Minneapolis-based nonprofit that connects farmers, processors, manufacturers, retailers, distributors, and service providers within the state’s burgeoning hemp industry.

“We were looking for a leader who can help us maximize and build our collective power as an organization,” said Levine. “Joe is someone who can help us focus, build, and continue to grow and support the Minnesota hemp community.”

Radinovich joins the association following years in politics. From 2013 to 2015, the DFL party member represented north-central Minnesota in the Minnesota House of Representatives. He later served as campaign manager for Rick Nolan, a Democrat who went on to represent Minnesota’s 8th district in U.S. Congress.

Most recently, Radinovich served as Mayor Jacob Frey’s campaign manager and chief of staff. He stepped down from that job to mount an unsuccessful campaign for the Minnesota’s 8th congressional district in 2018.

During his time in the Minnesota House of Representatives, Radinovich served on the early childhood and youth development policy, education finance, and housing finance and policy committees. He had a hand in creating legislation that established regulatory infrastructure to support the development of industrial hemp.

Radinovich tells TCB that his political experience makes him an asset in the hemp industry.

“There’s a lot of work to do at the state and local level to help our lawmakers and local elected officials understand what this industry is and what it isn’t,” he says. “[We can also] help those who are investing in hemp businesses navigate through some pretty tricky legal circumstances right now.”

Radinovich wants to see laws enacted that allow for an even playing field in the industry, so that growers, investors, and other stakeholders see better returns on the hard work involved in cultivating the plant. To generate support for such laws, he hopes to bring people together to tell the industry’s story.

“I think this particular issue is one that ties together different parts of our country, different segments of our population, and that particular type of policy has always been of great interest to me,” says Radinovich. “We see that there are so many applications for the hemp plant.”

He notes that hemp has traditionally been used for fiber and textile materials, and it’s also good for building materials and plastics. More recently, people have begun using CBD—a substance derived from the hemp plant—to deal with various medical issues, including seizures.

Radinovich is glad to see hemp cultivated once more, noting that it was a significant cash crop in the early days of America. But in 1970, Congress placed the plant on the schedule of controlled substances, which made it illegal to produce. Industrial hemp cultivation was officially re-authorized as a pilot program in the federal 2014 Farm Bill. And in 2015, the state passed the Minnesota Industrial Hemp Development Act, which allowed importation for research.

In December, Congress passed the 2018 Farm Bill, which legalized the production of hemp at the federal level.

With the industry back in action, MHA’s new executive director is looking forward to seeing where it goes—and to being part of that future.

“The hemp space is so new and exciting and stands to offer so much promise not only for people who invest, but for those who would benefit from the derivative products,” says Radinovich. “It’s new, it’s challenging, there’s a lot of ground to cover, and it’s just very exciting to be involved in a policy like this.”