A lawsuit filed Friday by Keith Guggenberger claims Starkey CEO Bill Austin wrongfully terminated the executives and even badmouthed him around the office.
By TCB Staff
October 15, 2015 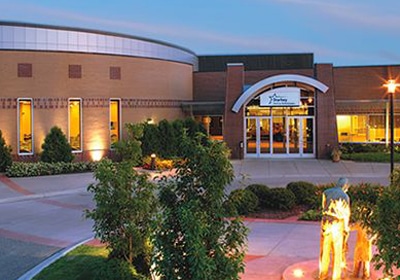 A lawsuit filed Friday by one of the Starkey Hearing executives who was let go last month alleges that CEO Bill Austin purged much of the upper management, including President Jerry Ruzicka, in retaliation for Ruzicka snubbing Austin’s stepson from a promotion within the company and fearing Ruzicka and others would leave to start their own company.

According to a report by the Star Tribune, former operations vice president, Keith Guggenberger, filed the lawsuit along with his attorney, Mark Briol, claiming breach of contract, defamation of character and spying. Guggenberger, a 29-year employee with the Eden Prairie-based private company, will seek at least $10.9 million under accusations that include Austin “creating a hostile and vindictive work environment.”

Guggenberger also asserts that he is owed $1.2 million in wages and benefits. Guggenberger was in the middle of a 13-year contract with Starkey with an annual salary of $375,000. He alleges that Austin’s belief that Guggenberger and Ruzicka were planning to leave the company and start a competing business contributed to his dismissal.

Allegedly, Ruzicka came to believe his employment contract would not be renewed at the end of the year. The lawsuit states Ruzicka assumed this after Austin “marginalized and ignored Ruzicka” for not promoting Austin’s stepson, Brandon Sawalich, the company’s marketing senior vice president. It reached the point, the lawsuit say, where Austin badmouthed Ruzicka and Guggenberger around the Starkey premises.

It was then that Ruzicka made plans to leave Starkey and start his own company. He later exchanged emails with Guggenberger about the issue, the lawsuit says.

Soon after, Sawalich allegedly gained awareness of their communication, intercepted their emails and shared them with Austin.

On September 8 and 9, Austin then let go of Ruzicka and others that Austin believed were close to Ruzicka.

The company has been mum about the topic. A spokeswoman for the company didn’t have a comment on the lawsuit at the time of publication.