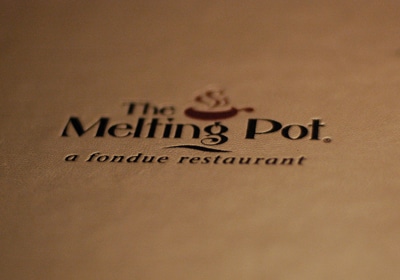 The money was used to open a pub near the Twins stadium, among other things.
May 28, 2016

A former owner of the Melting Pot restaurant in downtown Minneapolis pled guilty on Monday to withholding more than $585,000 in employment taxes.

Kelly Jaedike, who owned the establishment with her brother David Ahem, could face up to 10 years imprisonment for separate counts of conspiracy and tax evasion or defeat. Her sibling Ahem is currently facing up to 5 years behind bars after pleading guilty to one count of conspiracy last October.

From 2006 to 2011, Jaedike and Ahem funneled hundreds of thousands of dollars out of their Melting Pot restaurant. The location was rather profitable—among the top two or three Melting Pot restaurants nationwide. But the siblings willfully failed to provide the government withholdings from employees’ income, Medicare and Social Security taxes.

Instead, the money was used to pay off home and car payments and bankroll their efforts to open Ahem’s Irish Pub, a bar adjacent to Target Field. Jaedike and Ahem had begun work on the 14,000-square-foot space bar in 2010, not long after the ballpark had opened, but complications involving their defrauding operation at Melting Pot led to the location’s demise. (Cowboy Jack’s now operates at the site.)

“The defendents used their restaurant as a personal piggy bank,” Assistant U.S. Attorney Tracy Perzel said in a statement.

By mid-2011, Jaedike and Ahem filed Chapter 11 bankruptcy. During the reorganization, the U.S. Bankruptcy Trustee learned of the sibling’s insider payments and “took the most unusual step” of appointing a Chapter 11 operating trustee, court documents said.

That appointee and a fellow attorney eventually turned to the authorities with the criminal activity information. They also sold the Melting Pot restaurant for more than $1.3 million and paid back most of Jaedike and Ahem’s employment tax debt.

Jaedike and Ahem are likely to be sentenced sometime this year.

The Melting Pot issued a statement shortly after Jaedike's guilty plea. It reads:

We are aware that a former franchisee of The Melting Pot of Minneapolis recently pled guilty for failing to pay taxes withheld from employee paychecks. The Melting Pot Restaurants, Inc., the franchisor, terminated the former franchise owners in 2011 when they breached their franchise agreement by not fulfilling their financial obligations to their landlord, vendors and employees. The Melting Pot Restaurants, Inc. has cooperated with authorities during their investigation. A new franchisee owner purchased the Minneapolis location and has been successfully operating it for the last five years.