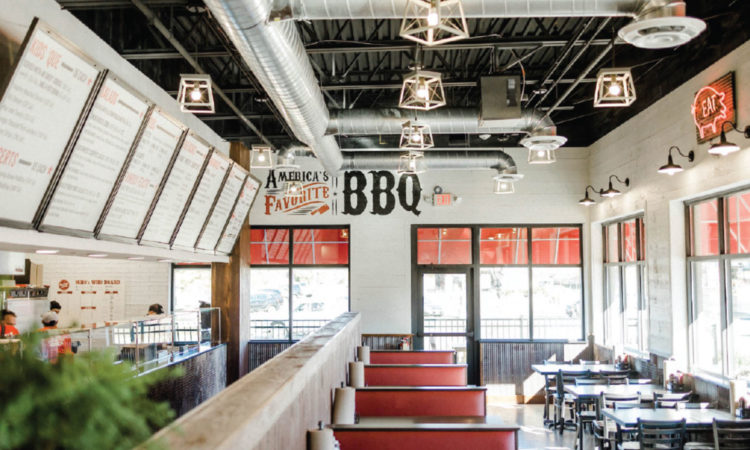 After a turbulent few years, Famous Dave’s Minnetonka-based parent company BBQ Holdings Inc. has entered into an agreement to be acquired by an international restaurant franchisor and operator.

Currently, MTY Food Group operates both casual and “fast casual” establishments across 37 states in the United States, Canada, and the United Arab Emirates. This year, the network had 6,660 locations in operation, 99% of which are franchised.

BBQ Holdings operates over 200 franchised and over 100 corporate-owned restaurants. With this acquisition, MTY will reach a total of approximately 7,000 locations, including over 3,900 in the United States.

“This transaction represents another key acquisition for MTY as we further scale and enhance our existing U.S. portfolio through the addition of nine unique brands. The transaction combines highly complementary businesses, including BBQ Holdings’ exciting casual and fast casual brands,” MTY’s CEO Eric Lefebvre said in the release. “BBQ Holdings’ restaurants are well established within each of their respective markets with a strong network of franchise partners, well-run corporate-owned locations, and a best-in-class management team. We are excited about the prospects of adding BBQ Holdings’ brands to the MTY family and we look forward to welcoming Jeff Crivello and his team and their franchise partners.”

In recent years, BBQ Holdings has targeted a number of other businesses that have been struggling financially or in bankruptcy, including the parent company of Bakers Square and Village Inn.

Most recently, in March, the company announced a deal to buy Arizona-based Mexican restaurant chain Barrio Queen for $23 million.

Net income attributable to BBQ Holdings’ shareholders was approximately $4.2 million in the second quarter of this fiscal year compared to an income of approximately $15.8 million at the same time last year, according to the release. This decrease in net income was mainly attributable to a gain upon debt extinguishment realized in the second quarter of last year, according to the company.

BBQ Holdings had planned on changing its name to Famous Hospitality to better reflect its growing portfolio of restaurants, but it’s not yet clear if the name change is still at play under the new ownership.

MTY first established its presence in the U.S. with the acquisition of Kahala Brands in July 2016. Since then, the company continued to grow its footprint in the country through new restaurant openings and acquisitions, according to the news release.