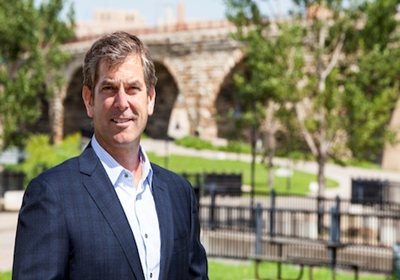 Buchner will replace former CEO Steve Wehrenberg, who resigned this month to pursue a leadership and teaching post with the University of Minnesota’s School of Journalism and Mass Communication but will remain with the agency as non-executive chairman.

“I have known and respected Rob for nearly three decades,” Wehrenberg said in a statement. “He’s got the right combination of world-class, brand-building experience, energy, and an integrated mindset to lead the agency into the future.”

Campbell Mithun spokeswoman Kristine Olson said Buchner’s experience with leading a variety of agency functions made him a good fit.

Buchner began his career at Campbell Mithun before transferring to Fallon—another Minneapolis-based advertising agency—in 1989. Buchner worked in various departments at Fallon, including digital, marketing, and entertainment services. He helped to lead the agency’s overseas expansion and became chief marketing officer in 2004.

“After decades of driving different agency functions across disciplines, I couldn’t be more proud to return to the agency that put my career in motion 28 years ago,” Buchner said in a statement.

Campbell Mithun specializes in creative development, media planning and buying, social marketing, and performance analytics and optimization. While Olson declined to provide exact revenue for Campbell Mithun, Ad Age estimated that the agency’s 2012 revenue was $46 million. Campbell Mithun is among the 25 largest advertising agencies in Minnesota, based on net revenue. According to Olson, the agency employs approximately 200 in Minnesota.

The move also ends the Buchner brothers’ time working together. According to the Star Tribune, Fallon’s CEO Mike Buchner started working at Fallon the same time his brother Rob Buchner did.

Mike Buchner told Ad Age, “My brother has been preparing for a CEO job his entire career. I'm proud of Rob and no one could be happier for him than me. He'll bring great passion, energy, and experience to Campbell Mithun in this new role.”