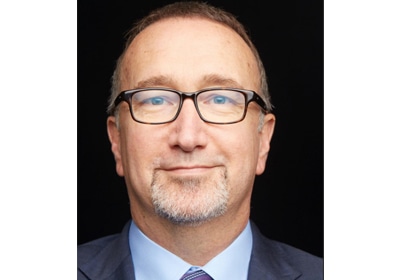 Hereford will assume his leadership role at the Minneapolis-based nonprofit on December 12.
November 06, 2016

James Hereford was appointed as president and CEO of Fairview Health Services on Thursday. The current chief operations officer at Stanford Health Care in California will assume his new position on December 12.

“We are excited to have attracted a candidate with James’ reputation and track record to Fairview,” Karen Grabow, a Fairview board member and its search committee chair, said in a statement.

At Stanford, Hereford was responsible for the organization’s inpatient and ambulatory operations.

By comparison, Stanford’s medical center is significantly smaller than Fairview’s six-hospital system. Stanford Health Services consists of one location with about 1,500 faculty physicians watching over 613 hospital beds. At Fairview, there are more than 2,500 beds and about 2,500 faculty physicians.

Prior to his role at Stanford, Hereford was chief operations officer at the Palo Alto Medical Foundation, which serves more than 800,000 people in the San Francisco Bay area.

“James is very forward thinking and I believe will position Fairview well in a rapidly changing health care environment,” said Stephen Battista, one of several Fairview physicians who were on the search committee. “He is a great listener and, as we got to know him, James conveyed a keen understanding of the needs of Fairview’s multiple physician groups—employed, independent and academic. We’re fortunate to have him as our next CEO.”

Exiting the CEO role is David Murphy, who has stood in as interim CEO for the last year-and-a-half. Before leading Fairview, Murphy had been the CEO of Red Wing Shoes and, prior to that, the chief operating officer at General Mills.

What remains to be seen is if Fairview will now follow through on its planned merger with UCare. Last month, Fairview said the deal was temporarily put on hold, as it wanted to wait until its new CEO had been installed.