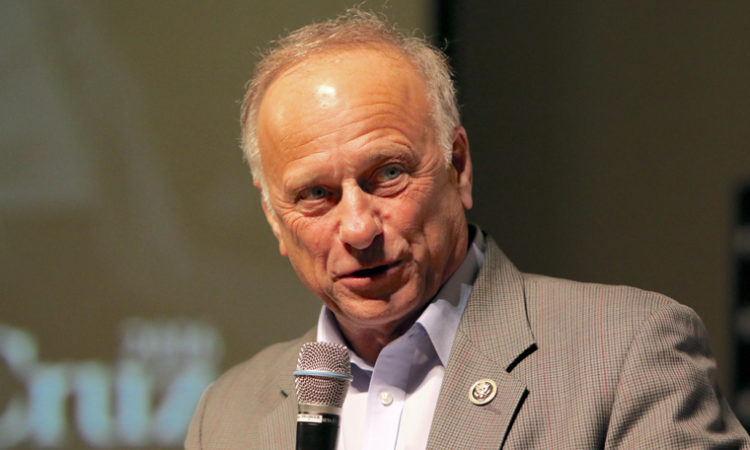 Twitter erupted with calls for boycotts against Land O’Lakes over a June donation to King’s campaign, as King is oft criticized as being a white nationalist, and otherwise divisive voice.
By Amanda Ostuni
October 30, 2018

In leadup to election day, King, a Republican, has been criticized for his support of figures linked to white nationalism, as well as derogatory statements he’s made about immigrants.

In the wake of the backlash, Land O’Lakes released a statement Tuesday declaring it was severing its ties to King:

“The Land O’Lakes, Inc. PAC has traditionally contributed to lawmakers of both parties that represent the communities where our members live and work and are also on committees that oversee policies that directly impact our farmers. We take our civic responsibility seriously, want our contributions to be a positive force for good and also seek to ensure that recipients of our contributions uphold our company’s values. On that basis, we have determined that our PAC will no longer support Rep. Steve King moving forward.”

Some of the discourse against King stems from his endorsement of Toronto mayor candidate Faith Goldy, notes Bloomberg, who’s considered to be an open white supremacist. A Vox article outlines examples of Goldy expressing such beliefs.

Most recently, in the wake of the recent attempted bombing attacks on Democrats and fatal shooting at a synagogue in Pennsylvania, fingers were pointed at King accusing him and his rhetoric of inspiring violence. King has defended himself against such criticism, insisting he’s not a white nationalist, nor anti-Semitic.

King’s rebuttals did not satisfy the people who took to Twitter to express outrage at Land O’Lakes’ support of him.

Among the critics were:

Land O’Lakes president and CEO Beth Ford has not spoken with media at length about the past donation to King but retweeted the company’s post with the statement declaring no future funding would be given to King.

The backlash, however, wasn’t one aimed entirely at Land O’Lakes. Software giant Intel declared last week it would pull support after it was revealed the company donated to King’s campaign.

King has not publicly responded to Land O’Lakes’ decision to pull support.