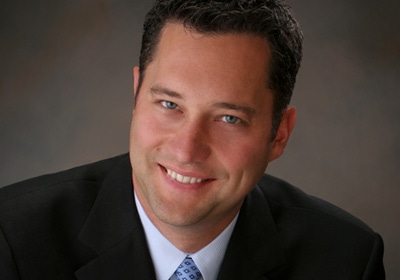 John Hinz, who helped lead Buffalo Wild Wings’ marketing for nearly 14 years, reporting to the company’s executive vice president of marketing, left the Golden Valley-based chain in 2010. He described his resignation as a “mutual parting of ways,” saying that after working for the company as it grew from a smaller chain to become “more corporate,” he wanted to “explore new options.”

Planning to take advantage of his experience in the restaurant industry, Hinz began exploring franchise opportunities, including for the Crooked Pint Ale House, a spinoff brand owned by St. Paul-based Green Mill Restaurants. That led to discussions with Green Mill CEO Paul Dzubnar, which ultimately resulted in a job offer.

Hinz told Twin Cities Business on Monday that his biggest accomplishment at Buffalo Wild Wings was helping “develop the brand into what everyone across the country recognizes today.” The chain grew from 48 restaurants to more than 750 during his tenure, according to Green Mill.

Hinz said that he has maintained relationships with a number of vendors from his tenure at Buffalo Wild Wings, some of which he now works with at Green Mill, allowing for a smooth transition into his new role.

Hinz officially entered his role about three months ago, but he said that the company did not publicize his appointment while he was “spending time getting things in order.” One of his first moves at the company was contributing to a menu redesign, which will be rolled out in a couple of weeks. The new design is easier to read and better exemplifies the Green Mill brand, Hinz said.

The company also launched a campaign across radio, online, and social media channels that’s aimed at building awareness of its deep-dish pizza. “I want every guest to understand the tradition and authentic quality we bring to the table,” Hinz said.

Dzubnar confirmed Monday that the company is in discussions with Hinz regarding the new CMO gaining an ownership stake, but the details have not yet been finalized.

Green Mill has 28 locations in Minnesota, Wisconsin, North Dakota, and Kansas, according to its website.