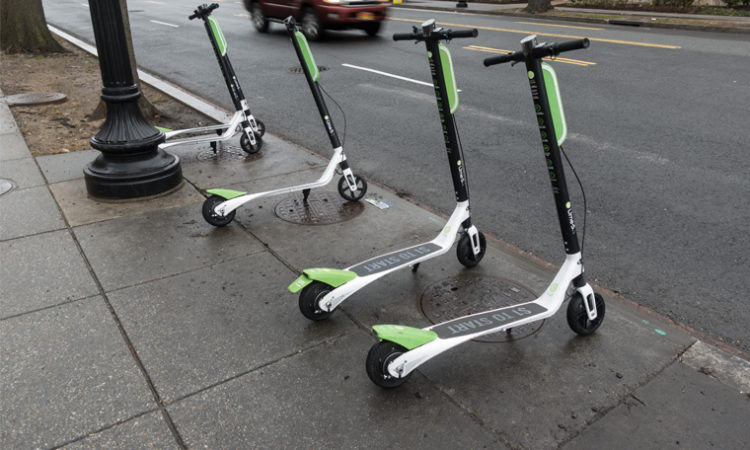 One of the three Twin Cities competitors for electric vehicle consumers – alongside Bird and Nice Ride – Lime has pulled its China-made Okai line. It’s not the first safety issue that’s been raised regarding the California-based company.
By Amanda Ostuni
November 14, 2018

Lime, one of the three electric scooter/bike companies currently operating in the Twin Cities,  announced a recall of a potentially faulty scooter model. The recall comes several weeks after California-based Lime admitted to a possible issue, the Washington Post reports.

Lime told the Post it was “looking into reports that scooters manufactured by Okai may break and [that it is] working cooperatively with the U.S. Consumer Product Safety Commission and the relevant authorities internationally to get to the bottom of this.”

The model, by Chinese manufacturer Okai, is used worldwide in the markets Lime operates in.

In the U.S., reports on social media have shown several Lime scooters broken in half. The breaks tend to occur where the baseboard and stem meet.

Claiming safety was its top priority, Lime in a statement said it has decommissioned Okai scooters, which make up a small portion of its fleet. The broken and defunct scooters are being replaced with newer models, Lime said.

However, this is not the first safety issue Lime has contended with. During the summer they recalled a line of scooters made by the mobility giant Segway, claiming that a manufacturing defect resulted in batteries spontaneously combusting. However, Segway denied Lime’s claim.

Lime mechanics and the independent contractors that charge its scooters overnight reportedly discovered cracks in the scooters and reported them to Lime. Some users of the company’s scooters have also reported injuries sustained when a Lime scooter broke in half mid-ride, the Post said.

A spokeswoman for the consumer Product Safety Commission told the Post it is aware of the issue and is “working with the firm to gather information and to protect consumers.”