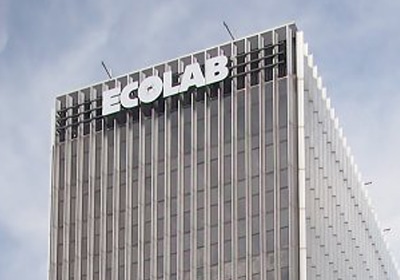 The company was hit by currency fluctuations and costs involved with moving its Venezuelan operations.
March 04, 2016

Ecolab’s profits sank 38 percent during its fourth quarter, the company said Tuesday, after it opted to deconsolidate its Venezuelan operations due to the devaluation of that country’s currency.

By moving its Venezuelan facility off the books—which generated $200 million in annual revenue—the St. Paul-based water, chemicals and energy technologies provider incurred a pretax charge of $123 million. In its third quarter release, Ecolab said the collapse of Venezuela’s currency would also cost the company $155 million in special charges for the year. Effects of the deconsolidation will trickle into 2016 as well, with the company anticipating earnings to drop 17 cents year-over-year.

If not for currency translation effects, Ecolab CEO Douglas Baker said the company would have reported 13 percent earnings per share growth in the fourth quarter. “It was a performance consistent with the full year 2015, where earnings per share increased 12 percent on the same basis,” he said in a statement.

The company is forecasting 2016 earnings per share of $4.35 to $4.55 before the effects of currency and the Venezuela deconsolidation.

Baker noted the company’s institutional, industrial, and other segments will show mid-single digit currency sales growth in 2016. As Ecolab continues to be pressured by market conditions in 2016, Baker said a corresponding decrease in raw materials cost would benefit the company.

“We expect more of the same operating environment in 2016, with sluggish economies and weak energy markets and currency headwinds,” he said.